Home Use Cases Cannabis Withdrawal: What Is It And What Are the Symptoms

Cannabis or marijuana is the world’s most commonly used illicit drug. In recent years, many states have legalized the recreational and medicinal use of cannabis. More states and countries are expected to join the league in the coming times because of its long list of benefits to users. From chronic pain to mental health, cannabis has found use everywhere.

Such wide acceptance also comes with a few downsides. In the case of cannabis, it does not matter if one uses it for recreational or medicinal purposes – withdrawal symptoms will develop once the usage is stopped. Withdrawal can be defined as an unpleasant physical reaction that accompanies the process of ceasing to take an addictive drug. 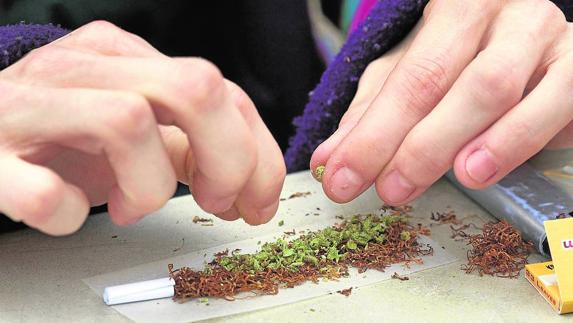 As per various surveys, legalization does not seem to have increased cannabis use significantly, but it certainly has helped the drug gain a lot of attention. It has also helped people change their attitudes toward cannabis. However, this has resulted in the spreading of several misconceptions about the drug.

Many think that cannabis is not addictive, whereas the truth is exactly the opposite. Regular consumption of the drug will first make one dependent on it and then addicted. Every 1 in 10 cannabis users end up being addicted, and the ratio of addicts only goes higher if young adults in their prime start its usage.

Withdrawal symptoms generally do not develop if cannabis is smoked just a handful of times. However, the story is completely different for all who have consumed cannabis regularly. Withdrawing from regular consumption is sure to lead to symptoms that are harmful to users. Though not as dangerous as quitting hard drugs like cocaine or heroin, withdrawal symptoms are still faced by many who are trying to quit cannabis.

The symptoms vary for each user. Mild cannabis dependencies can generally be taken care of by the user themselves. Those who have developed a high tolerance for the drug over long years of regular usage need special attention and help kick the habit for good. Chronic users tend to find the withdrawal process quite uncomfortable.

Those who also have other disorders are advised to undergo special medical detox programs designed to help them ease off the drug. These programs not only reduce the intensity of withdrawal symptoms but also help avoid relapse. Users who have made multiple unsuccessful attempts to quit and/or stay in unstable environments do well in detox programs.

It is important to understand the causes of cannabis withdrawal symptoms. While they are certainly not as severe and dangerous as those produced by quitting opioids, alcohol, cocaine, and heroin, they can still be quite difficult to deal with. These symptoms are both physical and psychological in nature.

Regular intake of cannabis makes the brain develop a tolerance of delta-9 tetrahydrocannabinol, also known as THC. The higher the potency and longer the period of usage, the more the brain learns to depend on the external supply of THC. Irregular or no supply of THC, the primary psychoactive ingredient in cannabis, makes the body react inappropriately and cause symptoms of withdrawal.

When the brain takes time to adjust to the new normal of no supply, that’s when withdrawal symptoms develop. They stop once the brain and body adjust to not having THC, but psychological cravings may still be experienced for some time. The extremity of these symptoms depends on the potency of cannabis consumed by the user.

Ranging from mild to severe and varying from one person to another, withdrawal symptoms may not necessarily be dangerous, but they are unpleasant for sure. The longer the usage, the higher the likelihood of experiencing withdrawal symptoms. While research is still ongoing, some studies suggest that women experience a larger number of withdrawal symptoms of higher intensity than men.

While cannabis can also be used without suffering withdrawal, regular or uncontrolled use can develop into addiction. Addiction is described as a situation where one continues using a drug despite suffering negative consequences such as issues relating to one’s family, job, or relationships. Withdrawal symptoms of cannabis peak within the first week of quitting and last quite long, depending on the severity of the case.

Withdrawal symptoms of cannabis can include:

An individual can be said to be in withdrawal if they exhibit at least three of the symptoms listed above, including at least one physical symptom. Research has helped develop a broad timeline of cannabis withdrawal, which is as follows:

In some cases, individuals can experience certain symptoms like lethargy, mood swings, mild depression, intermittent cravings, and lack of motivation for weeks and sometimes even months and years. This can happen even when the individual has quit fully. Those who relapse after long years of abstinence can go right back to reestablishing old habits. This can happen very quickly, sometimes faster than when they developed the habit for the first time.

Quitting cannabis is rarely life-threatening. However, in some cases, a tendency to make poor judgments, becoming prone to causing or being in accidents, and even developing suicidal ideation or suicidal thoughts has been seen. This usually happens when the depression and distress that occur during withdrawal are too severe to manage alone.

Therefore, for people who want to quit using cannabis, especially those who used to smoke cannabis daily or very frequently, it is advised to start the process of discontinuing under the guidance of a doctor, specialist, or mental health professional. These professionals are trained to use the best practices based on every individual’s unique set of circumstances.

The treatment one needs usually depends on whether they suffer from comorbid disorders, other psychiatric issues, or addiction to other substances. Treatment options can include:

When one feels the need to quit, their first step should be to consult a doctor, therapist, healthcare provider, or anyone who specializes in dealing with substance abuse. Depending on the severity of addiction, it is a good idea to get an expert’s opinion on the process. This can also help with motivation and accountability.

Those who used to consume cannabis often and regularly should start by tapering off slowly and reducing their cannabis intake in a controlled manner. Regular users usually find it difficult to go cold turkey. However, it may be possible for those who smoked cannabis only occasionally to quit entirely without many withdrawal symptoms.

The following self-help steps will come in handy during the initial few days of quitting:

It is true that cannabis withdrawal does not produce symptoms as severe as those of heroin and cocaine. However, that does not mean that quitting cannabis is easy. Cannabis addiction is a real and serious issue that can ruin lives. Withdrawal symptoms like loss of sleep, mood swings, and irritability can be a challenge to overcome.

Cannabis withdrawal symptoms are rarely dangerous, and most of them tend to stop within 72 hours or three days after the last use of cannabis. In the long term, finding guidance and accountability with a therapist or a support group is encouraged for those trying to quit cannabis. Staying sober is easier when one has people supporting them.