Home Vaping Vaper’s Tongue: What Causes It And How To Treat It!

What You Should Know About Vaper’s Tongue

Vaper’s tongue is a well-known ailment that affects many vapers, particularly those new to vaping and ignorant of the problem. The issue frequently leads vapers to experience flavor variations, such as what was once a favorite vape suddenly tasting dreadful, a numb tongue, or even a loss of sense of taste. 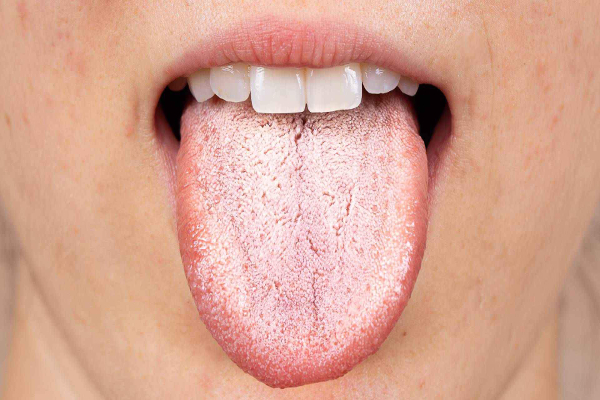 If this happens to you, don’t worry; it’s neither severe nor permanent. The term “vaper’s tongue” (also known as “vaper’s fatigue”) refers to taste-related disorders. This is frequently caused by the regular usage of a single, distinct flavor. So, if you’ve been vaping the same flavor for a few weeks, it’s time to switch. You’ll probably notice a difference in taste or a lack thereof. It usually passes on its own in a couple of weeks without any treatment.

Vaper’s Tongue: The Science Behind It

Vaper’s tongue is a situation when you can no longer taste the flavor of e-juice. It is a very prevalent condition among vapers.

Here’s a simple analogy to describe this shared experience:

Do you know that one buddy who’s house usually has a distinct odor that your friend is oblivious to? Your friend is going through the same thing that happens to vapers who vape the same taste for a long time.

You may be wondering why this is taking place.

This is linked to a condition known as Olfactory Fatigue. Olfactory tiredness happens due to momentary immunity to a particular smell after extended exposure.

If you’re wondering what your sense of smell has to do with flavor tasting, you’ve come to the correct place!

What does smell have to do with taste?

There are numerous reasons why you may notice a change in the flavor of the vape juice, but let’s return to the smell analogy and how it can impair your ability to taste your e-juice.

Taste fatigue, also known as Palate or Flavor fatigue, occurs when your e-juice’s taste reduces. It’s the same as when smokers can’t smell smoke on their clothes because they’ve grown accustomed to it.

Your brain works like a computer. When you taste food, your sensory receptors send information to your brain, allowing you to register the flavor.

However, following repeated stimulation of the same taste or smell, your brain adapts to the stimulus, causing the intensity of the smell or taste to fade over time.

Your sensory receptors will also alter and slow the rate at which they send information to your brain, causing the flavor or aroma to fade with time.

Why does our brain behave in this manner?

Sensory adaptation is not well understood in science. However, scientists believe that our brain accomplishes this as a survival mechanism. For example, we rely on our sense of smell to avoid hazards such as smoking, rotting food, or changes in the smell of our surroundings.

If our brain determines that the smell is not dangerous, we automatically stop detecting it to reduce redundant information. This allows us to focus on any other environmental changes that may be harmful to us.

Surprisingly, researchers discovered that being extremely wary of particular odors can make your nose more sensitive, allowing you to adapt to harmful smells more slowly.

If you repeatedly vape the same flavor, the sensory adaptation may cause Vaper’s tongue.

Let’s have a look at what causes Vaper’s tongue and how to avoid it.

After vaping the same flavor for an extended time, the taste begins to alter, or you lose your sense of taste entirely owing to taste bud exhaustion.

One of the most common causes, taste buds damaged by smoking, infections, alcohol, particularly sour foods, spicy foods, and some drugs can also result in Vaper’s tongue.

This may come as a surprise, but dehydration is another possible explanation.

Lack of saliva might, unfortunately, result in a loss of flavor. Staying hydrated can assist with this.

You wouldn’t think it, but our sense of smell helps us understand flavors. With a blocked nose, you’ll notice that the flavors are considerably more subdued, if there at all, especially if they’re complex.

E-Liquids do have a shelf life. Typically, you will notice a change in color or taste. If the vape is starting to taste odd, especially if you haven’t vaped it in a while, this could be the cause. Check the use-by date on the bottle and make sure your E-Liquids are properly stored.

What to do to avoid it

Change the flavor – The simplest option is to regularly swap out your vape juice. Simply changing the flavor, you vape and returning to it after a few weeks will help ward off Vaper’s tongue and keep the flavor fresh.

Vaping Taxes In United States And Around The World