During the span of a person’s life, you can bet that everyone is going to experience nausea at least a few times. This is a given. The function is built into the human body biologically. At its best, nausea is an inconvenience. In worst-case scenarios, it’s debilitating. Most of the time, a person can find simple relief from nausea with a dose of fresh air, calming down the environment they are in, even a simple glass of wonder can relieve symptoms. But, if you happen to be suffering from one of the worst-case scenarios, could using a CBD product be the answer you have been searching for? 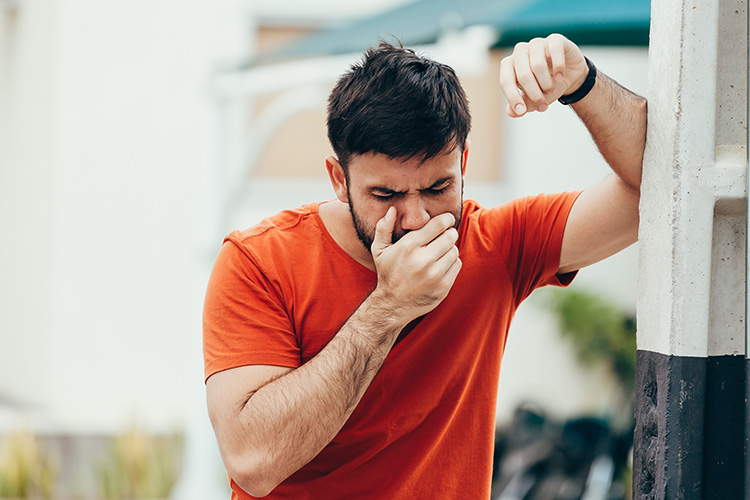 There are plenty of people who are quick to tell you nausea can be constantly overwhelming, an effect of illness they have learned to accept, and even the result of a specific medical treatment. There are many treatments for just as many conditions due to the advancements that have been made with medicine. Still, the majority of these treatments will also come with plenty of negative side effects, nausea being one of the most common. There are very few options a patient is left with due to their need for the medication bringing on nausea. It simply becomes something they have to learn to deal with.

Wake up, people! Nausea can be horrible to deal with. This should never be a condition you simply have to deal with, especially when the point of taking a medication is to feel better. By using a CBD oil product, you can find relief for your nausea problems and take your life back both naturally and effectively.

Hemp plants and cannabis literally have hundreds of cannabinoids in their makeup. One of the more popular is what we know as CBD or cannabidiol. There are countless benefits potentially available to us through the use of CBD oil. Each of these benefits can be experienced without the risk of the consumer becoming high or intoxicated. The same can’t be said with people consuming marijuana because of THC. To keep it simple, no you will not get high from using a CBD oil product.

CBD oil has the ability to produce a wide range of beneficial effects for our body. This is because it works with the cannabinoid receptors throughout our body. These benefits include, but aren’t limited to, reducing both vomiting and nausea.

The majority of antiemetic and anti-nausea drugs can be viewed as a type of saving grace for a person experiencing debilitating nausea. That being said, due to the fact several factors can play a role in someone experiencing nausea and a ton still needing to be learned scientifically, there are several medications available for a doctor to prescribe. This can make things a little difficult as far as finding what works the best for you. Some of the trial and error involved could be taken out of the equation with the addition of a CBD product.

For example, with chemotherapy, you can choose from three different forms of antiemetics. However, each of these three has something completely different than the other two they do. One of them will target a dopamine receptor, one of them a serotonin receptor, and the last will target NK1 receptors. Because each of us has a body that is unique from everyone else, what works best for one person may not work as well for someone else. To make things even worse, there can be negative side effects that come with many of these medications. This means, there could very easily be a better solution.

When it comes to finding relief from nausea, many of the medications both prescribed and bought over the counter come with significant side effects, including diarrhea and continued nausea. Keeping this in consideration, one shouldn’t be surprised why many people are turning to a CBD product as a more effective solution that even has the potential of being safer to use than medication for nausea relief.

Is CBD Effective for Nausea?

Science is still to prove exactly what it is within the human body that creates nausea. It’s a complicated subject. That being said, it is starting to become more and more clear nausea may be used to relieve nausea.

As a matter of fact, there has been a medication that has been approved to use against nausea related to chemotherapy called Nabilone. This is a synthetic cannabinoid. That doctors are using once everything else has failed. Actually, this drug is a synthetic THC, not CBD. Still, this points to the factual proof answering problems with nausea might be found within the endocannabinoid system.

While we still have a lot of research and study to complete in terms of why and how nausea happens within the body, there is a theory suggesting an increase in the release of serotonin might be the cause. A person can be left feeling sick with nausea when serotonin, a neurotransmitter, is present in a large amount. This feeling is counteracted by CBD oil due to an interaction with the body’s receptors used to release serotonin throughout the body.

When nausea is introduced as a result of chemotherapy treatment, it can be presented in several different forms. More often than not, this is symptomatic nausea. This is a direct result of the body breasted by chemo drugs. Another is anticipatory nausea, the body’s response to a situation that has triggered either vomiting or nausea in the past.

It’s believed that CBD will reduce nausea experienced by impacting receptors found throughout the brain and serotonin, both of which are believed to be a factor in vomiting and nausea. When these receptors are bound with CBD, a signal is provided to lower the production of serotonin in the brain. By blocking serotonin release, the source of nausea is stopped by CBD oil.

There was a study completed on the effect created by THC and CBD on anticipatory nausea displayed results that could be very promising. There was a cognitive connection between vomiting being induced and shrews exposed to cues. When the subjects of the test were given CBD or THC prior to the exposure of the same cues tied to vomiting and nausea episodes, anticipatory nausea wasn’t experienced.

There is still a ton of study and research needing to be finished before we will know exactly how nausea is impacted by CBD oil. That being said, currently, treating nausea with a CBD product has the potential of being just as effective, if not more, than many of the more traditional medications being used, and CBD doesn’t produce many of the negative side effects.

It is very important for you to have a discussion with your doctor before starting to use CBD oil for nausea relief. Generally speaking, CBD oil is safe to use. That being said, there are a few medications that a CBD product shouldn’t be combined with. To make sure you are not putting yourself at any kind of unnecessary risk, make sure your doctor knows you are thinking about using CBD oil.

Once you and your doctor have decided a CBD product might be right for you, a decision needs to be made on your preferred method of use. There really isn’t a right or wrong way of using CBD oil. It generally will come down to your personal preferences and needs. If a condition such as nausea is your reason for using CBD oil, a few products will make more sense to use than others.

If you are looking for relief from nausea coming on all of a sudden, CBD flower, a vape, drops, or a tincture will probably be what you are looking for. Both CBD flower and vaping oils have to be inhaled. This means you will feel the effects much quicker because the CBD doesn’t have to pass through your digestive system. It is directly absorbed into your lungs. This will provide the fastest relief with effects happening within a few minutes. That being said, the effects are not going to last as long. You will need to consume the CBD more frequently.

If you are wanting to experience longer-lasting effects without not having to consume CBD oil as often, a tincture or CBD will be a better option. You won’t have to digest the CBD and it doesn’t have to be absorbed through the skin. While not as quick as CBD flower or a vape, these options are still quicker than edibles of using a lotion. Normally you can expect to feel the effects in around 30 minutes and they will last for between two to four hours.