If you are someone who struggles to stay sober for two or three consecutive days, you know how difficult going through withdrawal can be. This is more than just difficult. In some cases, it can be life-threatening. If the previous two sentences sound familiar, you might need to know how much of help using cannabis can be in these situations.

For those who have no idea what I’m talking about, you need to realize, one of the most dangerous and addictive drugs you’ll find is alcohol. This is putting it lightly. If you are an alcoholic, you can function without taking a drink. Even worse, when drinking isn’t an option, simply being alive is horrible. 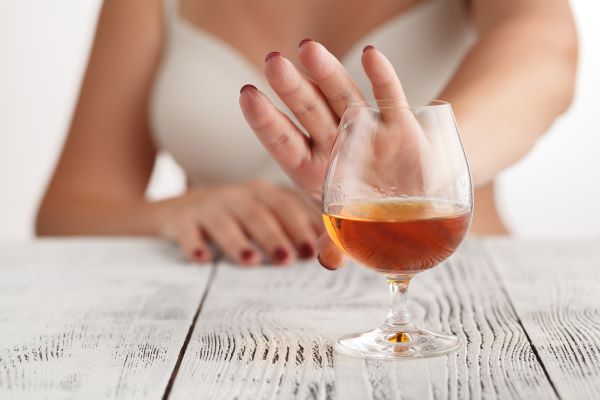 The way you react and respond to others isn’t what it normally would be. Tempers become incredibly short. Words are harsh and more often than not they are said without any thought of the harm they are capable of. This is especially true with the people an alcoholic loves most. Because of the level of comfort they share with the individual, a drinker will take out aggression meant for others towards a loved one. Eventually, saying you are sorry and didn’t mean what you said isn’t enough. Knowing this makes it even worse.

Statistics are honest numbers, they don’t lie. According to the Centers for Disease Control and Prevention, the CDC, over 75,000 people lost their life from 2006 to 2010 due to incidents where alcohol was involved. This includes everything from liver disease to automobile accidents where a driver was under the influence of alcohol.

There are many ways in which alcohol is dangerous. Many people can easily argue one of the greatest risks of drinking involves the fact of how generally accepted alcohol is and excessive drinking in general. Technically speaking, with just a few shots at the club, you are now a binge drinker. Too many people will know this as simply having a good time and loosening up.

It’s normal to get drunk, especially if you’re a student in school between the ages of 17 and 23. This is common in many different cultures. Regardless if you live in a big city or a small farm community, every kid knows about sneaking in a good drunk every now and then. Throw in a busy schedule, responsibilities, and a busy schedule to keep, and it becomes all too easy to justify a night on the town from time to time.

While things are finally starting to change at least a little, it is considered “normal” for children to receive wine for their first Holy Communion within the Catholic Church. When alcohol is made to be so normal at such a young age, who could blame a teenage child for wanting to take things to extremes and have a good time with their friends and buddies? If it is ok to drink alcohol viewed as the blood of Christ as a child, it easily could be joked as becoming holier than thou as a young adult. More often than not, those so open to joking about the issue are commonly trying to disguise a serious problem.

Another issue that makes alcoholism such a serious issue is how easy the problem is to hide. It’s not uncommon for an alcoholic to hide their addiction for years, giving them the false impression that the problem is not that bad yet. This will often lead to damage in the kidneys or liver, creating serious health issues. Once an alcoholic realizes just how serious the problem is, there are usually health-related issues that can’t be reversed.

Going through withdrawal from alcohol can even be worse than the time spent actually drinking. As a chronic alcoholic, the worst thing you can do is try to get sober cold turkey, without using anything to help. This can last for days, even weeks, after a person takes their last drink. Delirium tremens, better known as dts, will kill one out of five people trying to make it through them without any kind of help. Some of the symptoms someone will go through when suffering from dts include:

No, not everyone gets to the point of going through delirium tremens when going without alcohol. That being said, this is much more common than many people think. Also, yes, it is possible to give up drinking alcohol, cold turkey, without any help. However, attempting to do this on your own is never recommended by a doctor or someone within the medical profession. There’s nothing wrong with looking for some help.

According to a study the University of British Columbia recently completed shows around half of the people using medical cannabis had completed the application for a medical cannabis card to get off of alcohol with the help of smoking marijuana. This indicates legalizing cannabis on its own could make a drastic difference in the numbers representing alcohol abuse. This could be a huge breakthrough in how the medical field addresses alcohol addiction.

The natural neurochemical balance in the human brain is disrupted with the use of alcohol. This increases gamma-aminobutyric acid and dopamine. Also, the prevalence of CB1 receptors is reduced when someone drinks alcohol, caused by the endocannabinoid concentration to be devastated. This is where CBD and other cannabinoids are put into play providing a great strategy to help the chemistry of the brain rebalance.

You can make a lot of progress by simply drinking less and smoking weed occasionally to help with cravings. That being said, some additional help is going to be needed from time to time with tougher cravings. Using edibles can be a huge help.

Edibles provide string effects, including a high that often lasts longer than smoking marijuana. When cannabis is eaten, your body experiences more of the high than it will with smoking. When it comes to alcohol withdrawal, your body actually experiences cravings. The effects you will get with edibles will help with this tremendously.

Also, it isn’t uncommon for people getting off of alcohol to have some difficulty sleeping at night. More often than not, this is one of the most common reasons someone will give for returning to alcohol. It’s the one way they are sure of getting a good night of sleep. After fighting the battle of exhaustion for a few days, it doesn’t take much to give in to the answer. When cannabis is eaten, this will give you some much-needed help in falling asleep, instead of returning to the bottle.

The reality of alcohol addiction

As we’ve already mentioned, your diet will also benefit from the addition of CBD. With alcohol addiction, there is usually a reward structure. The person may be completely aware of the fact they are physically and mentally destroying themselves, but the brain skips over these facts any time a craving hits. Self-preservation is pushed to the side at the idea of a few drinks making one feel better.

Making cannabis use a part of your regular routine may be a huge help for you. Still, if your life is better when alcohol isn’t a part of the equation, there are some other ideas that will also make going without a drink easier for you.

For instance, if not drinking is a struggle for you, maybe you need to avoid some of the people you normally drink with. I’m not saying to be rude to them or to permanently push them out of your life. More often than not, if they are really a friend, they will be supportive of you getting over your addiction.

Simply let them know that for the time being, it’s not healthy for you to be doing the things or going the places you would normally associate with drinking. Until you have become stronger about the fight you are in, you need to make things as simple as you can. You might just be surprised at some of the advice or ideas they have that could help.

Don’t be afraid to talk about your struggle with others. As much as you try to hide your problem with alcohol, more people will know about it than you think. When I first made the decision to quit drinking alcohol, everyone was completely aware of the fact that I wasn’t myself when I was drinking. They didn’t have an addiction. Alcohol didn’t affect them the way it did me. The true friends were completely willing to not drink when I was around the first few months until I could get a grip on things.

Even all these years later, they still recognize a look on my face when it’s time for me to head home. Yes, I go to bars with my friends. I’ve been at parties where plenty of alcohol was available. I’ve even spent several nights being the designated driver for a group of friends. It wasn’t like that at first, though.

For the first eight or nine months, I didn’t go anywhere alcohol was served. My friends knew this and they respected it. Many people I thought I was close to are no longer a part of my life. Also, there are plenty of people still around that I had no clue how much they cared for me. There have been more times than I can count that one of them has asked me to talk to someone for them who was going through the same things I once did. If I wouldn’t have been able to use CBD products when I first gave up alcohol, I don’t know that it would have gone as successful as it has.