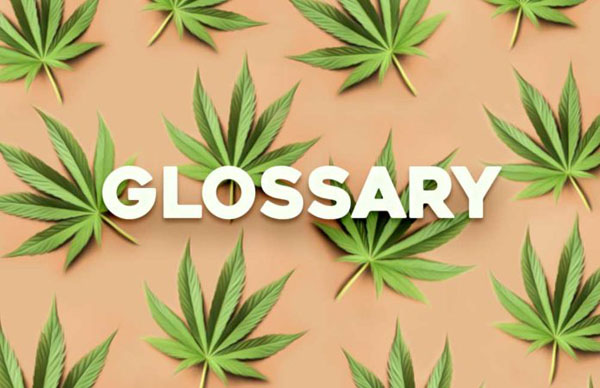 Activated – A product has been activated when the cannabinoids have been heated and they have been transformed to a non-acid activated form.

Agriculture Act of 2014 – Popularly known as the ‘Farm Bill’, this act, signed in 2014 by President Obama, legalizes the ‘Legitimacy of Industrial Hemp Research’. It authorises the use of Industrial Hemp, which is cannabis containing less than 103% of THC, to be used for pilot and research programs.

Cannabidiol (CBD) – The cannabis plant contains over a 100 cannabinoids. CBD is just one of them. It is a Phytocannabinoid, occurring abundantly and naturally in the cannabis plant and has a wide range of therapeutic uses. There is a high demand for CBD products that contain CBD hemp oil.

Cannabis Oil – This oil is derived from the Cannabis plant and although this term describes CBD oil, it finds common usage in the description of THC oils.

Cannabinoid Spectrum – This refers to the variety and quantity of different types of cannabinoids found in the extract of cannabis.

Cannabis Sativa – This is the scientific name of the cannabis plant, which belongs to the Cannabaceae family. Indica and sativa are the subspecies of cannabis.

Cannabinoid Receptors – They are a part of the endocannabinoid system in the body. There are two types of receptors, namely – CB1 and CB2. The are found in the brain and the body.

Cannabinoid Receptor 1 (CB1) – This is found in the brain and the spine.

Cannabinoid Receptor 1 (CB2) – This is found in the peripheral nervous system.

CBD Extract – The extract is an oily substance extracted from the hemp plant. It includes terpenoids. Cannabinoids and other substances. CBD extract contains high quantity of CBD and minimal quantity of THC.

CBD Isolate – CBD isolate is the powder form. It is created by processing the extract to everything other than CBD.

Concentrate – CBD Concentrate is also known as extract or wax and is used in dabbing.

Dabbing -The process of vaporizing the concentrate by inhaling the vapors produced when it is placed on a hot surface is known as dabbing.

Tetrahydrocannabinol – This is commonly known as THC and is the famous compound in marijuana that produces the euphoric high when inhaled.

E-juice – Also known as e-liquid or Vape juice, they are used in vaporizers for inhaling.

Endocannabinoid System – This is the body’s biological system that is responsible for a wide range of functions such as pain, appetite, memory and emotions. Endo means from within or arising in the body.

Entourage Effect – Entourage effect occurs when the compounds of the cannabis plant works together synergistically to create a balance.

Full Spectrum – When the cannabis product contains cannabinoids including terpenes and THC, it is full spectrum CBD.

Hemp – Hemp is a cannabis having a wide range of applications. It is low in THC and can be grown indoors.

Hemp Oil – It is the oil extracted from the hemp plant or seed.

Hemp Seed Oil – This oil is specifically extracted from hemp seed using cold press method. It does not contain any cannabinoids and is a rich source of Omega 3 & Omega 6 fatty acids, fiber and amino acids.

Isolate – This is any CBD product containing only CBD.

Marijuana – This is a type of cannabis plant containing more than 0.3% THC. It is bred for its high THC content. To grow this plant, perfect environmental conditions are needed.

Medical Marijuana – Medical marijuana is the use of cannabis products for treatment of diseases.

Microdosing – The process of small but frequent doses over an extended period of time in contrast to a large single dose is microdosing.

Nanoemulsion – This is a water-soluble, hemp extracted oil that is further degraded to particles with a diameter of 25 nanometers. This increases the surface area of the product and makes it five times more bioavailable.

Non-activated – This is the raw form of cannabinoid. It is non-acid in nature because of not having gone through decarboxylation.

Phytocannabinoid – The term ‘phyto’ is prefixed to cannabinoids to indicate that they are natural and “derived from plants”.

Recreational Marijuana – This is the recreational use of cannabis products. Recreation here means that cannabis is used for inducting relaxation, euphoria, and pleasure.

Spectrum – Spectrum refers to a product’s classification, which is decided by the level of terpenoids and cannabinoids found in a product.

Sublingual – Sublingual refers to the method of consumption in which the product used is applied beneath the tongue to be absorbed into the body.

Terpene – Terpenes are organic compounds found in plants. They have a specific odor and give a wide range of health benefits with cannabinoids.

Terpsolate – The combination of the extract of terpene and CBD isolate creates terpsolate.

Third Party Lab Report – When the product is tested in a testing facility not associated with the manufacturing company, also known as third party lab, the report is given by the lab. Tests are conducted to evaluate the potency, heavy metals, terpenes and the solvents.

Topical – The method of applying a product on the skin is called topical application. It is absorbed by the skin and does not enter the bloodstream.

Water–Soluble CBD – As the name suggests, this is CBD that is soluble in water. It is created by the use of liposomes and nanoemulsions. Bioavailability of water-soluble CBD is more than oil based CBD.

Wax – Wax is a type of CBD concentrate and is ingested by dabbing.