Home Use Cases Can You Build a Tolerance to CBD?

CBD has become a popular supplement for many due to its ability to reduce anxiety and relieve aches, pains, and other daily ailments. However, it’s common knowledge that consuming CBD regularly can diminish the effectiveness of this product after prolonged use. Luckily, research suggests that there are ways in which people who regularly take CBD may be able to avoid “building up resistance” or becoming tolerant towards their medication. This can be achieved by avoiding certain behaviors when taking their supplements, such as not excessively increasing dosage all at once or only using one type/brand of CBD oil throughout treatment without trying out others! 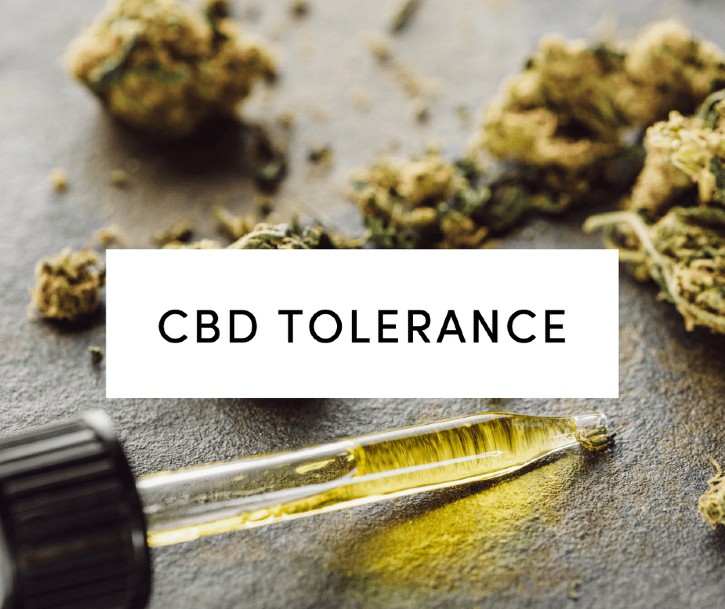 So what does it mean to be tolerant of CBD?

When we talk about tolerance, it simply means the practice of taking higher doses of a particular substance or drug to achieve the same effect as was initially experienced. There is, however, a clear difference between building resistance and physical addiction or dependence. For instance, if you are close to coffee drinkers, you must have noticed that they drink more of the beverage to feel the same effects as when they started, and the amount consistently increases over time.

The body always tries to maintain a state of balance and equilibrium. So when you introduce something new, like alcohol, for example, the body immediately begins working towards achieving this homeostasis or equilibrium again by processing it out as soon as possible. People who drink frequently become tolerant over time because their bodies get better at adapting themselves to regulate that chemical imbalance until its best ability is restored.

Can I become tolerant of Medical CBD?

So before answering this, let’s differentiate and discern medical cannabis into the main active compounds: CBD and THC. It’s important to understand how tolerance-building works differently for each one as well.

THC is the psychoactive ingredient that makes users feel “high.” CBD has been shown to alleviate symptoms associated with anxiety, chronic pain, depression, and nerve damage. Unlike THC, which can cause intoxication in some patients. However, CBD does not have any intoxicating effects on a person’s health or behavior. On the other hand, evidence shows that THC demonstrates clear benefits for those suffering from debilitating disorders like pain management, insomnia relief, and PTSD.

Can I become tolerant to Medical THC?

Yes, THC can lead to tolerance. Just as caffeine and other chemicals that you’re exposed to regularly will build up a resistance in your body over time, prolonged heavy use of Tetrahydrocannabinol (THC) may result in patients becoming less responsive than usual while smoking cannabis products or ingesting edibles containing the chemical compound.

How the body develops a tolerance to THC

When you take THC, it sticks to the CB1 receptors that are found in the brain. When you take THC for long, these cannabinoid 1 (CB1) receptors become more resistant and begin to downregulate their effects so they can maintain balance. In other words, if you consume lots of THC often enough, your body becomes better at managing its high. It adjusts how much or little cannabinoids are released into your system. The implication is that for you to experience the same level of “highness” as before, you have to increase the quantity of your intake.

How Should I Deal with THC Tolerance?

If you want to reduce your THC tolerance, it’s important that you take breaks. By taking a break every few weeks or so, the receptors in your body will have time to rejuvenate and restore themselves. According to studies on this topic, receptors can recover as quickly as two days after being exposed! If reducing tolerances back down from high levels is something desired (or needed), then abstaining for about four weeks may help reset things back down again.

Are there Symptoms associated with withdrawal from THC?

Long-term users might feel withdrawal symptoms after quitting THC, such as minor irritability and insomnia. Withdrawal usually peaks within the first week of abstinence, with cravings that last another few weeks.

Some long term cannabis addicts may experience mood changes and headaches when they quit using their drug of choice. Still, these effects will be milder than those from other substances like opioids or alcohol, according to a new study by researchers at Washington State University College Of Nursing who analyzed previous research on the subject.

Can I develop tolerance to CBD?

In short, CBD doesn’t create a cannabis tolerance in regular users. The reason is that CBD and THC don’t bind to the same sites on CB1 receptors, which become desensitized when they are overstimulated.

According to the study by Matheus Machado Bergamaschi et al., CBD did not induce side effects when administered in a range of doses. Additionally, tolerance to CBD developed at an extremely low rate and remained stagnant throughout the dosage regimen. Researchers also believe that CBD counteracts the loss of sensitivity in receptors, which is why medical marijuana patients often don’t need to use as much over time. So for those who rely on CBD oil or strains high in CBD, tolerance should not be an issue.

Medical cannabis has several benefits, but there are some drawbacks too. A common challenge for patients is that it can create tolerance which means you need higher and more frequent doses to get the same effects as before. Thankfully though, taking breaks from consuming products with THC every few weeks helps keep your body in check so that you don’t have any problems later on!