Cannabis has so many uses. Is reducing obesity one of them? Cannabis and weight loss sound like a contradiction because using cannabis causes ‘the munchies’ effect, also known as the snacking behavior. Most people using cannabis have observed an increase in appetite. In fact, this is one of the main reasons why cannabis was approved for medical use.

New studies reveal that the truth is a little more complicated than it appears. 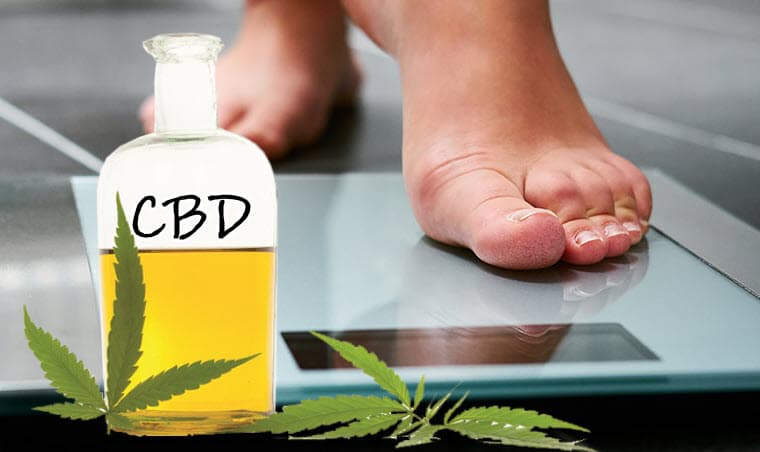 What Does Marijuana or Cannabis Contain?

Cannabis, commonly known as marijuana, contains different cannabinoids. Of these, THC is the psychoactive cannabinoid or compound that makes you high. The other compound is CBD which is being studied for medical purposes. CBD is neither an appetite increase nor does it cause obesity.

So, if you are using CBD oil that does not contain THC, weight gain should not be a cause of concern. In fact, studies show that CBD helps neutralize the weight gain effect of THC. At the same time, another truth is that using CBD alone will not help lose weight. It will just not promote weight gain.

The third cannabinoid or compound in marijuana is THCV, which in combination with CBD, helps lose weight. THC stimulates appetite, CBD does not stimulate appetite, and THCV suppresses it. This third compound also regulated blood sugar. The key to finding a balance would be to find a strain with high quantities of THCV.

Marijuana is not an over-the-counter drug. It is a plant, and there are different strains with varying cannabinoid proportions. That is why lab tests are conducted on the strains to determine the proportions of these different compounds. Check the lab results before you load up your shopping cart.

In 2015, a 4-week study was conducted on obese mice. The method of administration was different for the heavier and lighter mice. Surprisingly, the heavier ones that were fed CBD orally lost weight. This led researchers to theorize that oral administration changes the gut flora, leading to weight loss. The gut microbiomes control so many things such as body functions and behavior. This is probably why the heavier mice lost weight.

Despite the munchies effect, it has been observed that longtime marijuana users have lower BMI when compared to non-smokers. Their metabolic rate is also low. These symptoms push people to obesity and other health problems, such as diabetes, caused by increased weight.

Weight loss includes much more than what you eat or what you don’t eat. Your metabolism has to be high to burn the calories that you consume. Sleeping is one way of burning calories. This leads to the conclusion that it is necessary to sleep well if you want to lose weight. Not sleeping well increases appetite since you resort to midnight snacks.

If good sleep eludes you, check out strains with high levels of CBD, which helps relax the body and calm your mind. A 2017 study believes that CBD helps eliminate excessive sleepiness and boost REM sleep.

Another benefit of CBD is that it helps you focus on the task on hand. If you need the motivation to exercise, then using CBD will help you focus and be motivated. Use it for cycling or treadmill as these are repetitive exercises for cardio health. Don’t use them for weightlifting, which is a resistance exercise.

Studies Conducted to Observe the Correlation Between Marijuana And Weight Loss

Most of the discussion about cannabis and weight loss comes from a 2011 study that includes two surveys. The authors of these studies concluded that obesity rates were low among cannabis users when compared to non-users.

Before the publication of these results, a random study examined the relationship between obesity and cannabis use in young people. The conclusions of this study were the same as the 2011 study.

This research only suggests the possibility of links between body weight and cannabis use. The weight gain is mostly in the lower body. The factors leading to the link are not yet clear, and as such, there is insufficient evidence to link weight loss to cannabis use.

Reasoning Behind the Results

Researchers have some theories why marijuana is linked to weight loss.

The first of these is that using marijuana enhances mobility by relieving pain and joint stiffness.

Marijuana use reduces stress, which results in easing anxiety and reducing stress eating.

Despite all the research and studies conducted, the data on weight loss caused by cannabis is not complete. All the studies have been conducted on animals. However, observations regarding the effect of cannabis on humans are only self-reporting. The dosage taken by these human subjects is unknown, and it would be safe to say that without knowing the dosage taken, it is not possible to gauge the actual effect of cannabis on weight loss.

Using marijuana for weight loss is no replacement for bad eating and workout habits. If your diet is high in sugar, fat, and artificial sweeteners, you won’t lose weight. Your diet has to be controlled.

Similarly, not working out and using marijuana will not give you a great body with sculpted abs. Only a good workout targeting those specific muscles can do that.

While there are several uses of cannabis, you cannot ignore the downside and risks.