Marijuana, also known as weed, herb, pot, grass, ganja, to name a few from over 200 slang terms, finds high acceptance among college-going adults. Though marijuana remains an illegal and controlled drug, wide acceptance in the medical world is making it increasingly accepted in our society. Marijuana shows promise for treating conditions such as muscle spasms, pain, disorders, and nausea due to cancer chemotherapy.

The drug’s immense popularity remains a cause of great concern as strong links are found to marijuana and lowered intellect levels. Marijuana users are not completely aware of the consequences of its usage, some of which include a decrease in the user’s learning abilities and behavioral skills. Considering it slows down the cognitive process and decreases motivation, the use of marijuana in academic environments is highly problematic.

Early use of marijuana has its share of consequences. Smoking marijuana before the age of 18 causes lasting harm to the user’s intelligence, attention and memory. As the person’s brain keeps developing till the early 20s and forms new connections till age 23, experts confirm that marijuana has greater consequences for young users than for people well into adulthood. Quitting marijuana use does not entirely reverse the cognitive damage caused.

CBD (Cannabidiol) and THC (Tetrahydrocannabinol) are two of the 60 different cannabinoid molecules of marijuana. They are recognized as the main psychoactive ingredients in marijuana, and they certainly are not risk-free. Certain membranes of nerve cells of our brains contain receptors that secure CBD and THC, and upon consumption of marijuana, the cells kick off a succession of cellular reactions causing people to feel high. The drug commonly elevates the mood and the user finds relaxation. Euphoria, paranoia, and hallucinations are experienced as per the amount of marijuana used.

Even after wide acceptance in the medical world, Marijuana use does not always have positive and lasting effects. Its key negative effects are listed below:

Heavily demonized by the government at a point in time, marijuana has a turbulent reputation. To help us connect with our inner selves, spiritual practitioners and health advocates claim that anxiety can be eased by using marijuana and relieving pain. However, despite not being as addictive as many other drugs and alcohol, marijuana still carries enough risk for physical and mental health problems and abuse in general.

Marijuana use creates many immediate and short-term reactions in the brain that impair learning. More concerning than the immediate consequences are the long-term effects of heavy marijuana use. The brain’s ability to retain and recall any information can be permanently damaged with the regular usage of marijuana for five years or more. In middle age, it can even lead to signs of memory loss. 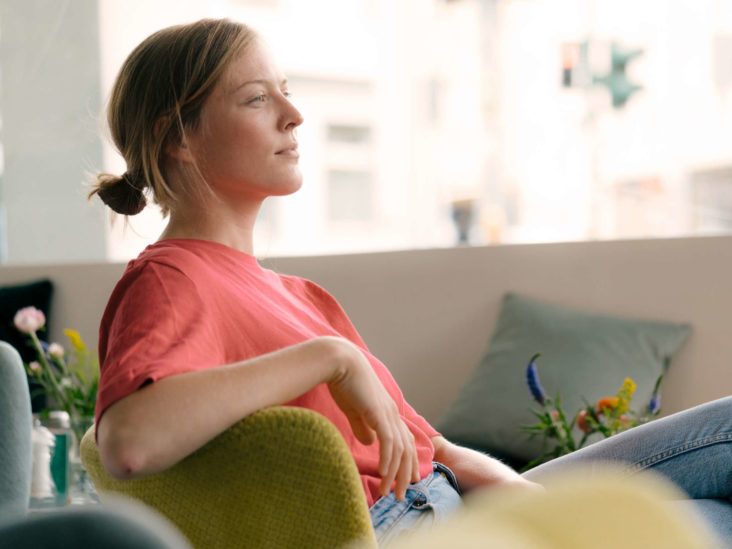 Impact On Students And Working Professionals

We have already established that heavy use of marijuana can have a wide range of effects on the human mind. From reducing intellectual functioning to causing psychiatric and memory problems, marijuana can cause subtle but lasting changes in the brain. It has also been linked to decreased learning ability and mental disorders like depression, anxiety, and personality disorders. Let’s look at the effects of marijuana use in detail:

In addition to the effects on direct cognitive functions, marijuana increases the chances of different mental illnesses. Though vouched as a near-perfect cure for most spiritual and health-related disorders, various studies and researches confirm that marijuana actually worsens depression, anxiety, and personality disorders in some users.

Faced by the challenge of transition to adulthood, college students are most affected by the usage of marijuana. The challenges they face in learning and achieving academic excellence are quite difficult. Marijuana lessens the quality of friendships and support as its users are deprived of a proper learning environment. Social influences, mental health issues, and the pressures of young adulthood are some key reasons why people begin using marijuana.

Direct effects of anxiety on academic performance is another feature of the link between learning and marijuana. Having trouble focusing, lacking peer support on assignments, being less inclined to interact in class, and having difficulty in retaining information are some challenges that the students with high levels of anxiety are expected to face.

Learning disabilities and anxiety disorders are also greatly linked. As marijuana heightens anxiety for many users, it also creates learning issues. Attempting to quit after long usage of marijuana also leads to increased anxiety. Stuck between cycles of mental health struggles and substance abuse, users who develop an addiction often find themselves trapped.

Even after the acute effects of the drug wear off, marijuana carries a negative effect on attention and learning for weeks. Daily marijuana smokers normally function at a reduced intellectual level. Non-smoking students have better educational outcomes than the ones who consume marijuana regularly.

Regular marijuana users who are adolescents are unlikely to obtain a degree or even finish school. They also stand a higher chance of using other drugs, developing dependence on marijuana and attempting suicide. Unemployment, greater dependence, low income, criminal behavior, and lesser life satisfaction are other effects that heavy marijuana users deal with.

Heavy marijuana users report low achievement measures and poor outcomes on life satisfaction. The majority of those who used marijuana confirmed that it negatively affected their social lives, cognitive abilities, physical and mental health, and career achievements. Various studies even suggest definite links between adverse consequences and marijuana use in the workplace in terms of increased risk for accidents and injury.

Symptoms Of Withdrawal After Tolerance And Dependence

Constant use of marijuana leads to the development of tolerance in the body. Once the body develops tolerance, marijuana users resort to higher doses or frequent uses to attain similar effects. When compared to intermittent usage, the constant usage of marijuana led to less noteworthy effects. Repeated usage decreases the behavioral, physiological, and cognitive effects of marijuana.

Larger THC levels in the body increase the addictive properties of marijuana, and repeated use also leads to physical and mental dependence. Once the user begins to seek, crave, and use it compulsively, even in light of social consequences and negative health, marijuana becomes an addictive drug for them. Studies show that 1 out of 10 regular and longtime users are susceptible to addiction, particularly in users who begin using marijuana before age 18.

Withdrawal symptoms and drug cravings make it difficult for longtime marijuana smokers to stop its usage. Withdrawal symptoms may include difficulty in sleeping, craving the drug constantly, lack of appetite, heightened anxiety, strong feelings of irritation, changes of mood, strong headaches, chills and sweats, and depression. These symptoms can range from mild to severe. In case of mild symptoms, they are usually self-managed.

How To Get Help

Psychotherapy and counseling are some of the best treatments for marijuana users. Talk-based therapies and opening up to a counsellor helping people study and accept new behaviors. They are also able to address any addictions or co-occurring psychiatric conditions. These are the key goals in helping the affected persons.

Some of the most utilized treatments for marijuana addiction are cognitive-behavioural therapy (CBT), motivational incentives, individual or group counseling, family therapy and support groups. Different forms of counseling or therapy may be effective for different individuals, depending on their history. There is no medication for the treatment of marijuana addiction, but antidepressants along with anti-anxiety medications, can be used to treat symptoms of depression or anxiety during the withdrawal process.