Home Use Cases CBD Oil for Obesity and Appetite Management

When a person has an excessive amount of body fat, the condition is known as obesity. The CDC, Centers for Disease Control, characterized over 35 percent of America’s adult population as being obese in 2016. That’s more than 93 million people in the country carrying around an unhealthy amount of fat within their bodies.

With obesity playing a significant role within conditions such as heart disease, type 2 diabetes, metabolic syndrome, as well as stroke, the problem of obesity could almost be viewed as an epidemic. Despite the thoughts that often come when someone thinks of using a CBD product for fighting obesity, study and research are showing CBD oil could be an effective tool to use with the problem.

Many of us are fully aware that THC and the cannabis plant are more often than not considered as contributing to a person eating too much. This is often referred to as getting the munchies after consuming marijuana. Still, in isolation, CBD might work in another way. 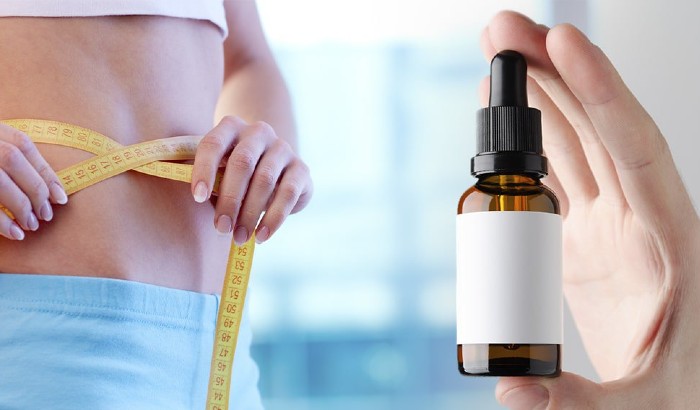 If you are someone who is suffering from obesity looking to make some changes, losing weight will have to be what is most important. Many people are completely aware of the fact that both a healthy diet and regular physical exercise play a huge role in losing weight, regardless of what the target number is you are wanting to hit. That being said, both determination and being consistent are areas where most people are set back from achieving the goals they set for themselves.

Lorcaserin and other drugs used to lose weight will make things a little easier when it comes to dropping the pounds, but most of them are going to be accompanied by side effects the majority of people would rather not have to deal with. If you are someone who is using a drug such as lorcaserin to help you lose weight, you will want to have a conversation with your doctor before adding CBD oil to the plan.

When you compare CBD oil to many of the common medications used to help with losing weight, there are very few negative side effects to be experienced. As a matter of fact, the WHO, World Health Organization, has gone out of their way to make a statement that there have been “no public health problems associated with using pure CBD oil.” Because of this, CBD products have become an appealing alternative to many of these medications.

How Effective is Using CBD Oil Against Obesity?

Because of how the body reacts to the use of CBD oil, scientists think it could provide major potential when it comes to being used to help with losing weight. Our bodies have an endocannabinoid system that is used to regulate several bodily functions by the way it interacts with CB1 and CB2 receptors.

A CB1 receptor will usually be found in the brain and the central nervous system. A CB2 receptor is distributed evenly through the human body. That being said, if you are someone who is suffering from obesity, the CB1 receptors will start redistributing through the body and look as if they are concentrated more in our body’s fatty tissue. Because of this redistribution, scientists think CB1 activation might be a factor in obesity.

There have already been several studies completed on animals that have shown weight is affected by cannabinoids by how they interact with both CB1 and CB2 receptors throughout lymphoid tissue as well as the brain. This shows how CBD oil might have the ability to regulate the intake of food, as well as improving the metabolism of the body.

A study on rats was performed back in 2012 where CBD oil showed suppressing effects on the appetite. During the study, male adult rats had been treated with several cannabinoids and there was a measurement of how food consumption as the treatment was completed. While the test was being completed, how much chow was being consumed was lowered significantly with the use of CBD oil.

CBD might also produce effects with combating obesity by “browning” fat cells. There is both brown and white adipose tissue, brown and white fat, found throughout the body. Storing energy is the primary function of white fat. It is also involved with diabetes, heart disease, and other chronic conditions. Brown fat, on the other hand, is often referred to as the good fay in our body. It is used to convert calories we get from food and release them through the body as heat. If someone is at a healthy weight, they will have more brown fat in their body than white fat.

There was a study completed on the subject finding CBD was able to turn white unhealthy fat cells into brown fat that is more favorable to the body. This leads researchers to the conclusion that CBD oil should be more thoroughly looked at as a therapeutic agent for preventing obesity.

Again, you must have a discussion with your doctor if you are planning to use CBD oil for obesity. This is especially true if you are using other medications to help with weight loss. There are a few medications that can have a negative interaction with a CBD product.

This doesn’t exactly mean CBD oil isn’t safe, it simply doesn’t mix with a few medications. The same can be said for many medicines, regardless of why they are being taken. While there are very few medications that can’t be taken with CBD oil, some of them do need to have the dosage adjusted and to be monitored for at least the first few weeks.

If using CBD oil to help with weight loss is something that has your attention and interest, these are many different products you will have to choose from. Some of these options include vapes, edibles, topicals, tinctures, and capsules.

When it comes to being used strictly to help with weight loss, using a topical product is probably not the route you want to take. Time is needed before experiencing results with topicals. Usually, when these products are being used, the consumer is more interested in pain relief, irritated skin, or inflammation.

CBD edibles and capsules give the consumer a consistent dose of CBD oil. Along with this, they are also easy to use, discrete, and consumers are usually familiar with using them. Once they have been consumed, the person will normally begin to experience results within 45 to 60 minutes and often last as long as four to six hours.

If your interest is more along the lines of reducing your appetite or combatting a sudden outbreak of anxiety that ends with you overeating, either CBD flower or a CBD vaping oil might be your best bet. Because they are both inhaled, the lungs will directly absorb the CBD oil. Because of this, CBD is often felt as quickly as within just a few minutes.

If you are not wanting to wait for up to an hour to feel the effects but they don’t necessarily need to happen right away, a CBD tincture or oil drop might be right down your alley. Normally, these methods of use will begin to provide results within 20 to 30 minutes and they will be felt for a couple of hours. Not only is this method suggested for sudden symptom relief, but they are also taken secretly. Also, because it’s a drop and nothing that is measured before the sale, you will have the ability to better control the dose and amount of CBD oil you consume.