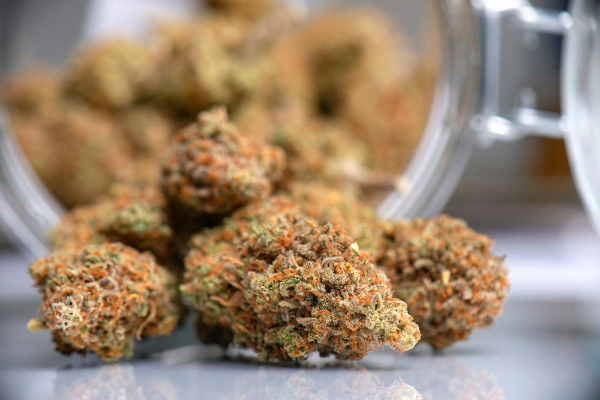 Marijuana has just surpassed alcohol in value in the Commonwealth of Massachusetts for the first time.

This is not to say that alcohol consumption is declining, but only that marijuana purchases have increased in Massachusetts.

Alcohol excise taxes, levied on every gallon of alcohol produced, have also remained unchanged over the past five years. The taxes were collected at $0.55 for every gallon of wine and $4.05 for every gallon of hard liquor. In addition to a 6.25 percent state sales tax and a local tax of up to 3 percent, the state also levies an excise tax of 10.75 percent on the anticipated retail price of legal cannabis used for recreational purposes.

According to data from Massachusetts’ Cannabis Control Commission, the state collected over $112 million in excise tax from the sales of legal cannabis used for recreational purposes in 2021. This was 206 percent more than anticipated.

The changes reflect the enormous growth of the marijuana industry since the opening of adult-use retailers in November 2018. According to the Cannabis Control Commission, gross total sales have increased to $2.54 billion, with sales in 2021 alone adding up to nearly $1 billion.

The Commission, a governmental organization that oversees the establishment of marijuana dispensaries and sales in the Commonwealth, stated that the increase in revenue came at no cost to public safety or health.

“This number also highlights the entire agency’s tireless efforts, particularly those of our hardworking staff, to thoughtfully regulate a safe, accessible, and effective adult-use marketplace that keeps critical tenets of our mission—public health, public safety, and equity, among others—front and center,” Shawn Collins, the Commission’s Executive Director, said.

The state of Massachusetts was not the only one to have a marijuana landmark year. In Illinois, marijuana tax revenue has been reported to surpass alcohol tax revenue for the very first time in 2021, with the state amassing almost $100 million more from adult-us marijuana than alcohol.

According to the Marijuana Policy Project, states that have legalized marijuana have generated more than $10 billion in cannabis tax revenue since licenced sales began in 2014.

Massachusetts’ alcohol taxes may be raised in the near future. State Representative Kay Khan has introduced legislation to double excise taxes on beer, wine, and liquor (H 2973). Kay stated that the state spends $2.6 billion per year on alcoholism and addiction and that the alcohol industry should be charged to offset those costs.