Home Vaping Vaping Devices of All Types You Need to Know

Smoking is a common term that you hear quite often. But currently, another new term is doing the rounds – vaping. Vaping is actually inhaling vapors from some kind of vaping device like an e-cigarette etc. vaping devices are smoking devices, which are actually powered by batteries. There are cartridges that are filled with vaping liquid and contain nicotine, chemicals and various kinds of flavors. When the device is turned on, the vaping liquid changes its form to gas, which is inhaled by the person. Thus, to summarize, when one smokes through an electronic cigarette, the process is known as vaping.

As mentioned above, vaping can be done via some kind of device. There are different varieties of vaping devices, which are available in the market. These come in varying sizes and shapes. The operating principle of the devices is almost the same for all. Mentioned below are some of the most popular vaping devices, which are used by people for ultimate vaping experience: 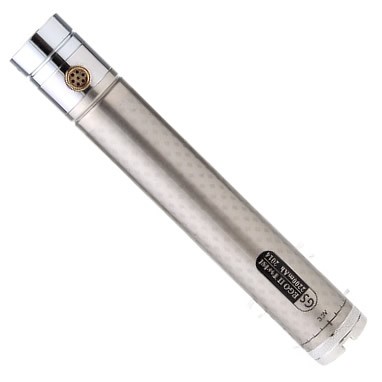 This kind of vaping device is highly suitable for stylish people. This device comes in vape pen style. It is a kind of tubular vape device which consists of a battery and atomizer tank. This vaping device was launched after cigalikes (we will discuss about this vaping device later in the article). The specialty of eGo mods is that it contains a bigger battery and a bigger vape tank. As a result it is a vaping device, which is long-lasting and has the capacity of producing more vapor when compared to that of cigalike.

The atomizer tank that comes with eGo mods has to be filled manually by the user. The capacity of the battery is also quite impressive ranging from 600mAh to 900mAh. There are variable voltage settings in many eGo mod vape devices. The best voltage range for this device is in the range of 3.6volt to 4.2 volt. There are many companies, which manufacture these eGo mods vaping devices. These are excellent choices for beginners of vaping.

Cigalike is probably the first aping device with which people start vaping. If you are wondering what is a cigalike, it is a kind of vape device, which looks almost completely like a tobacco cigarette. In was in the year 2003 that a Chinese named Hon Lik invented the first electronic cigarette. Hon Lik was a pharmacist by profession. The first e-cigarette was designed in a manner so that it looked like a cigarette. This is the reason, the name of the vaping device is cigalike (like a cigarette). Though the device was invented in 2003, it hit the markets quite later. The first electronic cigarettes went for sale in America in late 2006. These were disposable cigalikes and gained immense popularity with people then.

If you think of vaping devices, cigalikes are probably the simplest of the devices used for vaping. Only the cartridge needs to be attached to the battery and you are instantly ready for vaping. Yes, it is actually as simple as that. The cartridges that come with the vaping device are of two kinds – they can be prefilled cartridges, which are disposable or they can be refillable cartridges. You can choose the one which seems most suitable for your use. 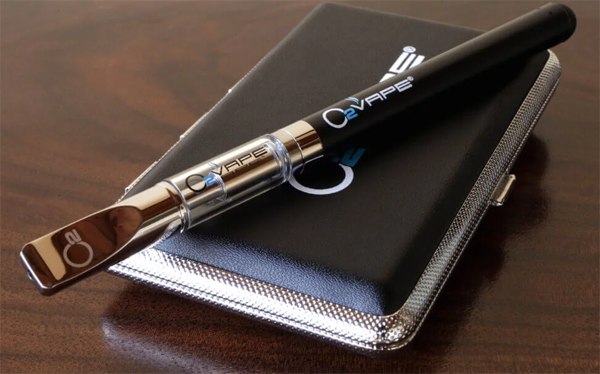 It is evident from the name of this vaping device that it resembles a kind of pen. Infact vape pen is the shortcut for vaporizer pens. The device just looks like a pen and has no similarities to that of a cigarette. These pens are available in different shapes, sizes and colors. The biggest advantage of vape pens is that they can be carried easily from one place to another as it is a small device and very easy and convenient to carry. Vape pens are available in rechargeable as well as disposable forms. Beginners of vaping find this vaping device really useful and convenient. The rechargeable cartridges can be filled with the help of a refillable e-liquid or e-juice. 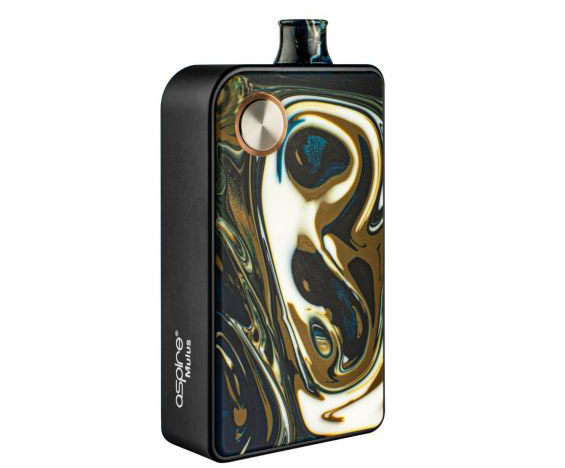 These kinds of mods are usually box mods. These mods are very interesting to use. The power of these sub ohm mods come from either external batteries or from internal batteries. It has been seen that majority of the sub ohm mods are capable of the minimum power output of 40 watts. However, there are some devices, which are capable of more than 200 plus watts. The majority of the vapers who use sub ohm mods for vaping prefer to vape in the range of 50-100 watts. It has been noticed that some vapers are able to dial up to almost 200 watts. These vapers actually like to take the vaping experience to a new level altogether and experience the biggest possible clouds.

Coming to the appearance and the looks of sub ohm mods. This device usually comes with a display screen and has three buttons in totality. On the display screen, the display can be seen of the atomizer resistance, the wattage of the device and the voltage. However, it is important to note that the screen of mod displays can vary when it comes to information displayed on the same. Nowadays, this vaping device has become a favorite choice with many vaping enthusiasts. The only thing is that this device will not be very convenient for a newbie of vaping; it rather suits expert and experienced vapers.

As mentioned above, a typical box mod has three buttons – there is the up button, down button and the power/fire button. The mod is activated with the help of the fire button on the device. With this button, the atomizer is fired and the device becomes ready for vaping. Once you press the fire button, you can start vaping. For adjusting the power settings, you can use the up and down buttons on the device.

There are many sequences of pushing the up and down and the fire button for getting access to a menu system. On reaching the menu system of a sub ohm mod, the user is allowed to make various kinds of detailed changes to the different vaping functions. The process of changing the vaping functions are pretty complex for some people. But as vaping is a subject matter of extreme interest, vapers try to adapt the processes quickly. Many vapers like the technical aspects of the device and enjoy the same. This is because of the fact that with the fine settings of the device, the vaping experience can be fine-tuned as well. The final thing is that people can enjoy better vaping with these devices.

While discussing about mods, it is important to learn about unregulated mods. Unregulated mods are also kinds of vaping devices, which draw their power from a battery source, but there are no limits to the amount of power that is drawn and there are no safety features as well. Such kinds of unregulated mods are also termed as mech mods, which is the short form of mechanical mods. The term mechanical is used here with a different perspective, as there is no fixed rule or ‘regulation’ of power current. Regulated box mods come with computer chips and are known as chipsets. These help in controlling the amount of current that passes through the device. However, with a mech mod, there is no such control.

Using a mech mod is absolutely not recommended. These mods are usually a favorite with experienced vapers as these come with low resistance coil builds. Handling a mech mod safely is a very difficult thing and one should have a thorough knowledge of resistance and powers for using such devices.

The majority of mech mods are designed in a tube style so that they can contain a 18650 battery in them. There might be other kinds of vape batteries as well but 18650 battery is the most common one used.

Such vape mods have a TC mentioned on the device and TC stands for temperature control. Temperature control vape mods have been seen to use precision control microchips for the purpose of heating an atomizer coil to a particular range of temperatures. Instead of sending a pre-selected wattage to the atomizer for each vaping experience, the vaping device is able to send the wattage which is required for the atomizer coil for reaching a specified temperature range. The main aim of the whole system is getting more efficient and consistent vape. But the whole thing depends on the device quality and on the precision quality of the chipset.

All temperature control vape mods are not equal. Quality is one of the major factors when it comes to TC vape mods. For instance, devices that come with DNA chipsets are regarded as the best and most effective for TC vape devices. Precision temperature technology is also another important thing that should be taken into consideration.

For vaping the most common temperature range is from 300 F to 450 F. It has been noted that the majority of TC vape mods come in a temperature range of 200 F to 600 F. The 400 F mark is the popular mark for most people. 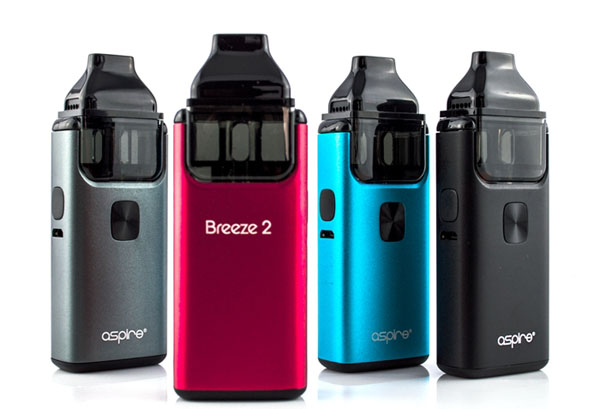 Vape devices are changing rapidly with time and scientific and technological advancements. One of the latest developments in this area is that of pod mods. Pod mods are extremely small devices, which can be easily put inside a pocket and carried from one place to another conveniently. Along with being portable and small, the device has a battery that is less than 1000mAh. In this device, a cartridge is used. This cartridge is often referred to as a pod and it can be easily inserted inside the main body of the device. There are many manufacturers which make this particular kind of vaping device and there are many leading mods which have become well-known to people.

Before purchasing pod mods, there is a very important and crucial thing that you must know. The majority of these pod devices work best with nicotine salt e-juice. There are different kinds of e-juices available in the market and it is important to determine which e-juice to be used depending on the atomizer resistance of the pod mod. The main idea behind creating this vaping device is its portability. It is a tiny device, which is easy to carry and use as well for vaping. If you think you can make huge vape clouds with the device, you are highly mistaken. This device is not suitable for huge vaping – it is designed for flavorful and fulfilling vapor. If you want vaping made easy, pod mods are your vaping device for sure.

When we talk about vaporizers in the context of vaping, it actually becomes a very broad term. The term actually means any kind of vaping device, which produces vapor without any kind of combustion. However, when vaping lingo is checked, the exact meaning of the term vaporizer is understood. The vaporizer in this context mainly refers to dry herb vaporizers.

With detailed information on various vaping devices, choose the one which you find best and most convenient for vaping.