There are many drugs of addiction that are in practice for decades. For example, Morphine is still being used as a painkiller. As an active local anesthetic, Lidocaine, derived from Cocaine, is always being preferred by doctors. In the case of alcohol, when taken in moderation, it reduces the risk of ailment like heart attacks. If we study Nicotine, it is perhaps the most unlikely wonder drug which, when used in the purest form, has many positive effects.

It is a natural chemical derived from plants of the nightshade family—which include tobacco, brings illness and death to millions of people. Nicotine often carries the blame for causing all the harms of smoking, but in reality, except Nicotine, burning tobacco has everything in it to damage our body. Nicotine is often held responsible for health problems, but still, there is no awareness of the actual health benefits of Nicotine. 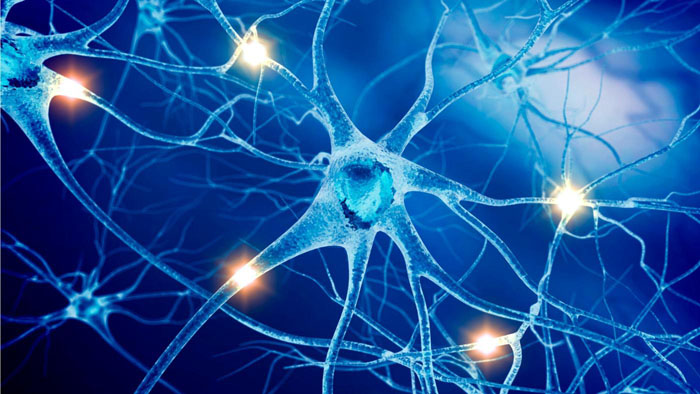 The study says Nicotine has a lot of therapeutic uses. Nicotine has a wide range of effects on the brain, which may include some healing properties. It increases attention span, concentration, can upsurge physical performance, prevent fatigue, and can elevate mood.

Researchers are testing Nicotine and related compounds as treatments for Alzheimer’s disease, Parkinson’s disease, attention-deficit/hyperactivity disorder (ADHD), and other conditions. Researches say one-day Nicotine will be proved as a potential weapon to fight against neurological disorders.

Many studies and research published over the years concluded that Nicotine, in the purest form, freed of its harmful host, tobacco may show evidence to be an unbelievably effective drug for a variety of disorders related to neurological structure, including Parkinson’s disease, mild cognitive impairment (MCI), Tourette’s and schizophrenia.

The study says consumption of Nicotine is also associated with raised alertness, euphoria, and a sensation of being relaxed. It also enhances memory and improves other cognitive functions. Nicotine, like caffeine, also acts as a stimulant that eases tension and sharpens the mind.

After years of studies and trials, researchers recognize the positive effects of Nicotine and are actively doing clinical trials on its possible benefits to help people live better lives.

Researchers have known since the 1960s that cigarette smokers have a way lower incidence of Parkinson’s than non-smokers. The rush of dopamine within the brain is what makes Nicotine addictive when it’s delivered fast like it is once you smoke a cigarette. It provides a gift of delight to the smoker, and a few people can’t help but come again and again for that feeling.

Nicotine, intended to bind with the neurotransmitter acetylcholine—controls muscle contraction, works in the immune system to regulate inflammation, and stimulates the production of neurotransmitters like dopamine, etc.

Animal studies are promising, and Nicotine seems effective in monkeys to scale back dyskinesia in patients already using L-dopa. The clinical trials continue, aiming to identify how Nicotine can help those with this terrifying condition.

Nicotine seems to be neuroprotective. It helps to prevent degenerative brain maladies. And it appears that properties that make Nicotine a potential weapon against neurological disorders also can improve some functions in the brain for anyone who chooses to use it.

Nicotine appears to scale back the loss of neurons that produce dopamine within the brain. Many studies tested whether transdermal Nicotine patches could help patients who are developing early signs of memory loss that often lead to Alzheimer’s and concludes that there was significant evidence of improvement in cognitive performance in both attention, memory, and ratings of cognitive impairment. The hypothesis is that Nicotine enhances attention and memory function in patients who have already got early memory decline.

One can also get an effect from Nicotine on prospective memory, a brain function that allows you to recollect and complete jobs assigned for the future, like reminding yourself to take medicine in a specified time. Many studies also concluded that the cognitive-enhancing effects of Nicotine in a population are more robust than we get with any other agent.

Pieces of evidence show that tobacco smoking and depression are connected. We can see that in many of the psychiatric conditions, smoking prevalence is higher in depressed patients than in the general population.

In depression, this might not be due solely to the effects of Nicotine. Studies conducted in the case of depression proved that tobacco smoke contains substances like monoamine oxidases or MAO with antidepressant effects, but again other some small studies also have indicated a possible positive result of Nicotine treatment.

If the notion that Nicotine may affect dopamine-producing neurons, made us wonder if it could help treat depression. A pilot study of Nicotine augmentation in older adults with depression had found a robust positive effect.

Researchers opined that Nicotine has excellent potential for depression, but it’s not linked to dopamine. They think that Nicotine alters cortical network activity. It’s reorienting the action of intrinsic networks in the brain to be more outward-looking and less inward-looking.

Brain scans of individuals with high-functioning depression show hyperactivity in regions of the brain related to rumination. Depressed brains are often considered more “inward-looking” than healthier ones, which is one reason why the condition tends to involve obsessively replaying one’s past mistakes and agonizing about the future.

Drugs and therapy assist in managing these overcharged networks. If Nicotine can play a task in creating more extroverted qualities and de-emphasizing introverted ones, it could perhaps be another tool for fighting depression.

Nicotine is very useful in improving attention in people with Attention-Deficit/Hyperactivity Disorder (ADHD).

Eight adolescents with ADHD were given Nicotine with transdermal patches to study effects on Nicotine to treat cognitive and neurological disorders and compared the results against regular treatment.

Researchers concluded that administering Nicotine has measurable positive effects on cognitive/behavioral self-consciousness in adolescents with ADHD.

The outcome of this study supports the theory that cholinergic system activity may be significant in the cognitive deficits of ADHD and may be a useful therapeutic target.

It’s believed that Nicotine acts as a weight suppressant. Usually, when smokers quit, they gain weight. But a recent study shows how through a process called thermogenesis, Nicotine affects metabolism by activating the body to burn f fat cells.

Researchers say that this pathway is significant from a research standpoint, but it also has relevance for metabolic and human health research. The more we will narrow down a particular path for activating beige fat, the more likely we are to seek out an efficient therapy for metabolic health that doesn’t carry harmful side effects.

A 2017 paper by scientists even suggested the idea that “vaping electronic or the e-cigarettes with Nicotine and flavors could bring similar outcomes in appetite and weight control effects as much as smoking. But the idea deserves exploration, say the researchers.

Athletes in many countries have been trying Nicotine as a performance-enhancing drug. They tried it in those complex team sports. These sports, like basketball, require better short-term memory and reaction time. Many studies related to Nicotine and athletic performance proved that athletes believe intake of Nicotine usually helps them perform well. The use of smokeless tobacco also become popular among athletes. The athletes report that the use of smokeless tobacco prevents dry mouth, controls weight, helps relaxation, and improves reaction time and concentration.

Researchers conducted many clinical trials in an attempt to find whether Nicotine can delay or prevent the progression to full-blown Alzheimer’s.

There were encouraging reports. The belief is that Nicotine can supplement the natural neurotransmitter acetylcholine to excite compromised receptors.

It was found that patients with Alzheimer’s present reductions of Nicotinic receptors in both the neocortex and hippocampus compared with healthy people. The positive effects of Nicotine on cognitive function suggest that nicotinic receptors may contribute to normal cognitive functioning, and patients with Alzheimer’s disease may enjoy Nicotine therapy.

Randomized clinical trials on 67 people in the early stages of Alzheimer’s conducted, the result shows that the non-smoker’s patients supplied with Nicotine patches had significant Nicotine-associated improvements in attention, memory, and psychomotor speed, and cognitive impairment.

Schizophrenia patients may also use Nicotine to cope with their mood disturbances, like anhedonia, or more generally to upgrade their negative symptoms (apathy, lack of motivation), or to lessen the side effects of neuroleptics (anti-Parkinsonian effects) that are known to induce extrapyramidal symptoms (restlessness or akathisia).

A positive effect of Nicotine patches on these symptoms has been proven in non-smokers treated with neuroleptics for psychotic disorders.

It is a chronic inflammatory bowel disease. It is quite similar to ailments like Crohn’s disease. Though ulcerative colitis affects identical areas of the body, they react very differently to the consequences of smoking, with symptoms becoming far more severe for those who have Crohn’s disease.

Recent studies have shown that Nicotine can reduce severity and frequency and improved behaviors related to inattention in patients with Tourette’s. The reduction in these involuntary movements connected with Nicotine’s ability to turn off Nicotine receptors in the brain.

The author of research identified that “not only was the Nicotine patch useful, but a much the smaller dose of the medication haloperidol could be provided.”There was no significant evidence of Nicotine withdrawal in any of the experimented subjects.

Nicotine may have the uncountable future medical potential for treating and controlling numerous diseases and health ailments.

The anti-inflammatory properties of Nicotine may also prevent joint inflammation and delay the onset of arthritis. A recent study on 11,000 older men found that those who had the habit of smoking were up to 51% less likely to require surgery to replace hips and knees damaged by arthritis, even when weight and obesity were taken into account.

The authors of the research study understand this could be reason pointing to Nicotine stimulating “the behavior of the cells identified in joint cartilage, which could assist in reducing the severity of osteoarthritis.

Over the centuries, in most parts of the world, tobacco use has become common. The ability of Nicotine is proven to have an ability to regulate mood and improve cognitive functioning and acts as a strong reinforcer of tobacco dependence.

Research on the diversity of central nicotinic cholinergic receptors illustrates the complexity of the effects that Nicotine has on different neurotransmitters in the brain. Therefore, Nicotine has shown to have positive results in some medical conditions.

Nicotine by itself is viewed as the least harmful of all the compounds found in cigarette smoke, and what’s more, nicotine may have medicinal benefits for several conditions.

Nicotine is not the reason for smoking-related diseases. Officially, it is not a carcinogen, does not cause cancer, has minimal effect on cardiovascular disease.

Many people don’t realize that Nicotine has been proven drug for memory enhancement and development in other functions of cognitive abilities. Although it’s broadly misunderstood by the public community and denounced in the media press, researchers recognize the positive tasks of Nicotine and are actively exploring new ways Nicotine can help people live better lives.

Since decades, these positive features of Nicotine use have been clinically tried, but little progress is being made to explore further these possible positive effects of Nicotine.

Transformed attention towards Nicotine science, connected with the recent advancement of e-cigarettes, might motivate new researches to explore the potential role of Nicotine in the prevention of disease and treatment.