Kidney disease is an illness that is complicated as well as common. According to the NKF, National Kidney Foundation, there are over 35 million people in the United States suffering from kidney disease that has been caused by an abnormal renal function. There is no known cure for this disease and managing symptoms is simply the only treatment available. This delays the progression of the disease, which is exactly where CBD oil might be able to play a role.

CBD oil research that is currently being done in regards to kidney disease is neither conclusive nor exhaustive. Still, it is very promising. Several conditions and symptoms that are connected to kidney disease have been either impacted or helped in one way or another with CBD oil. We have put together a closer look at what is known to this point regarding exactly how kidney disease can be managed with CBD oil. 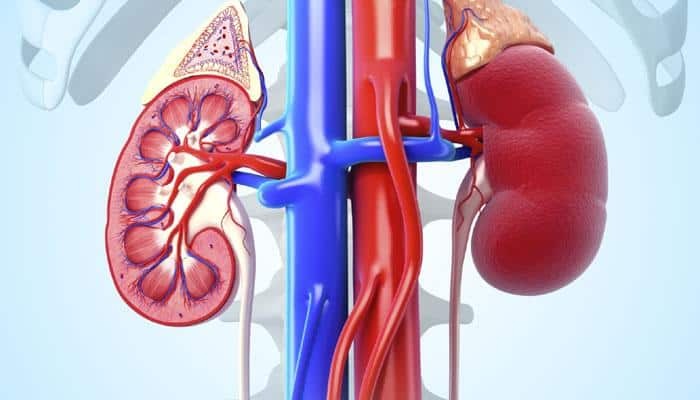 As stated earlier, there is still not a known cure when it comes to kidney disease illness. Based on the underlying causes leading to kidney disease, it is possible for a patient to recover, That being said, with the majority of chronic kidney disease cases, slowing down the progression and managing the symptoms is all that can be done for the patient.

Kidney transplants and dialysis are the only two means of treatment for the disease once it hits it’s ending stages. Still, during the earlier stages, there are a series of medications involved with treatment that are able to assist with health concerns accompanying this kind of diagnosis.

Usually, a patient with kidney disease will experience an increase in blood pressure, a higher level of cholesterol, a weakening of the bones and muscles, as well as anemia. The prescribed treatments with these conditions may be effective. But, they also come with many unpleasant side effects. We need to be clear about something. Kidney disease is not going to be treated with a CBD product. Still, CBD oil is able to produce an effect with many of the symptoms of kidney disease, as well as weakening or getting rid of the negative side effects.

If you are someone with kidney disease thinking about using CBD oil to manage kidney disease symptoms, either on its own or with other medication, you need to discuss this with your doctor before taking any kind of action. Yes, it is safe to use CBD oil. This has been made clear by the World Health Organization. That being said, there is always the possibility of a negative interaction with some medicines, which leads to the kidney being in even more danger.

How Effective is CBD Oil with Kidney Disease?

There is currently all kinds of study and research being completed concerning CBD oil’s potential effectiveness against kidney disease. No, there is nothing that can be proved scientifically at this moment. Still, there is already plenty of evidence suggesting cannabidiol might be an effective means of managing many kidney disease conditions and symptoms. While the patient would still have kidney disease, life would be much easier for them and those affected would easily be able to enjoy life.

To be more specific, CBD oil might have the ability to relieve some of the symptoms such as increased cholesterol, chronic pain, insomnia, high blood pressure, as well as weakened bones. We will take a more specific look at each of these symptoms.

When it comes to cholesterol and CBD oil, unfortunately, there are very limited studies that have been completed and then published. That being said, the research we do have does point towards the indication CBD might help with metabolism being increased, making cholesterol levels healthier in the process. With a higher metabolism, the body will process both calories and fat much faster, lowering the level of blood cholesterol.

On top of this, CBD oil is full of omega-3 fatty acids. These specific acids provide cardio benefits have been very well studied and can prevent cholesterol buildup within the bloodstream.

Last but not least, CBD can promote cholesterol homeostasis throughout microglial cells that can be found throughout the central nervous system. There is still plenty of research to be completed as far as exactly how this happens, the links we do have point to CBD’s potential for affecting the cholesterol level on a cellular level.

Again, there is still plenty of research and studies needing to be completed on this matter. Still, for the time being, CBD oil appears to produce an impact on a person’s cholesterol level.

With renal failure, chronic pain, specifically neuropathic pain, are symptoms many patients experiences. Because of its effectiveness in alleviating pain, CBD oil is being both used and studied for this.

The anti-inflammatory properties of cannabidiol help with reducing both the causes and experiences of many symptoms that are very painful. On top of this, CBD oil can affect the glycine receptors, there are several of these throughout the body, which have been linked to both chronic and neuropathic pain. It has been found by many scientists and researchers that CBD “may represent a novel class of therapeutic agents for treating chronic pain and other diseases.”

When it comes to using CBD oil for sleep, the research is still within the early stages. From what we have been able to learn so far, there is much to be encouraged by. There was a clinical trial completed in 2019 that examined CBD’s effect on 72 subjects suffering from sleep issues and anxiety. When the 90-day trial was completed, the subjects who had reported issues sleeping demonstrated a slight improvement with the scores representing their sleep. For the subjects who reported issues with anxiety initially, there was a slightly negative effect created by the CBD on their sleep scores.

By decreasing the cortisol level in the body, CBD has generally been able to lower the amount of stress someone experiences. During a time of stress, cortisol, a hormone, is produced. During the night, a cortisol level will naturally lower. This allows both the mind and body to relax.

That being said, a busy schedule, pressure someone feels at work, and several other factors will contribute to lifestyles of both chronic cholesterol production and chronic stress, making it extremely difficult to get a healthy quality and quantity of sleep at night. CBD can block the secretion of cortisol, making it easier to eliminate insomnia that is brought on by stress.

If you are someone with kidney disease, high blood pressure is something you will have to regularly deal with. Unfortunately, several of the medications used for blood pressure will actually lower the functioning of the kidney, changing the body’s electrolyte balance. This leads to the need for constant blood tests. Instead of dealing with all of this, CBD might be a better option.

CBD oil is a vasodilator. Because of this, it can dilate, or widen, the blood vessels. This allows blood to flow much more easily, reducing blood pressure. A study was completed in 2017 finding as little as a single dose of CBD will dramatically lower a patient’s blood pressure, both while at rest and when they are under stress.

Also, during 2017, studies were reviewed on blood flow finding while there is still limited research available, “CBD may be used as a treatment for various cardiovascular disorders, such as hypertension, stroke, and myocardial infarction.”

With research on CBD, an area that is both unexpected as well as interesting is bone strength. To be more specific, how does CBD oil provide help for someone that has weakening bones or a condition such as osteoporosis.

Bone density is impacted by two different types of cells, osteoclasts and osteoblasts. A bone is degraded by osteoclasts cells and now bones are formed by osteoblasts cells. The two of them work as a team to regulate bone loss and growth.

A receptor known as GPR55 is found in osteoclast cells. When these receptors are stimulated, there is an increase in the bone loss rate. A study was completed in 2009 finding CBD oil blocked GPR55, lowering the amount of osteoclast activity. This produced a decrease in bone loss.

On top of this, we need to point out the fact that bones produce endocannabinoids. It is yet to be determined by scientists and researchers the exact mechanism and function, but it can be understood that a phytocannabinoid such as CBD, similar to the endocannabinoids in our body, is able to strengthen bones naturally.

When it comes to using CBD for kidney disease, there are many different methods of use to choose from. Your lifestyle and needs will play a role in how you want to use CBD oil. If you are someone suffering from kidney disease, it makes sense to take a consistent, therapeutic dose by either CBD drops or tinctures or a capsule.

A drop or tincture will deliver the effects of CBD oil much faster. In this form, you place the CBD oil underneath the tongue using a dropper that is included when the product is bought. The CBD then absorbs into your bloodstream through the mouth’s skin, providing effects as soon as 20 to 30 minutes, normally lasting between two and four hours. While these effects will not last as long as they would through a capsule, they are discreet and portable.  They also allow you to have the most control over the size of the dose you are taking. Because the dosage can easily be changed, drops and tinctures are often the most popular method of use for people new to using CBD oil.

With using a CBD edible or capsule, will be familiar to the majority of consumers. Just like taking any other supplement, these methods of use will give a consistent dose of CBD oil with effects that will last anywhere from four to six hours. That being said, it will take a little longer to feel the effects than using a drop or tincture. That is because the CBD oil will have to pass through the digestive system. Depending on what is already in your stomach and your metabolism, a CBD capsule or edible can take as long as an hour before any effects are experienced.

Regardless of the method you choose to take CBD, make sure your doctors exactly what you are taking, how much per dose, and how many doses per day.