The South Dakota Governor Kristi Noem wasn’t the happiest with the cannabis triumph and proceeded to the court. The spokesperson for Noem stated last week that the organizers behind this nullified amendment for legalizing cannabis in Mount Rushmore State need to cover the expenses stemming from the Governor’s legal challenge against the law. 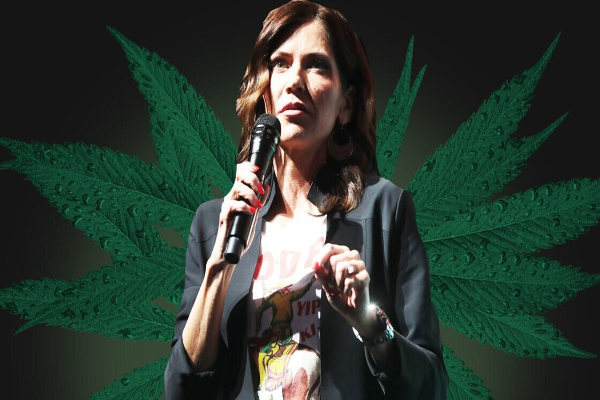 While in 2020, 54% of the voters in South Dakota voted for approval of Amendment A, which was about legalizing cannabis for ages above 21, things got complicated quickly. Noem, the vocal opponent in the amendment of the campaign, had maintained her objections throughout the duration. Two law enforcement officials also brought a lawsuit on Noem’s behalf after challenging the constitutionality of Amendment A. Finally, in February, the circuit court of South Dakota agreed to strike down this amendment.

The state supreme court entered into the case in April. It upheld it to the lower court’s ruling in November, stating that amendment A for legalizing both medicinal and recreational cannabis violated the “one subject” requirement for the constitutional amendments.

Noem celebrated thi ruling and stated how the court made the right decisions for the people of South Dakota. However, this decision will not affect the implementation of the medical cannabis program voters approved in 2020, as the first cards were already launched to eligible citizens. A poll last month revealed how 50% of the citizens disagree with this decision of Noem.

According to a few reports, a group in Sioux Falls, South Dakota, received an amount of $142,000 and December after the passing of Amendment A, which now needs to be reimbursed by the individuals who bought this amendment. However, the group behind the amendment ensured that this would not happen! According to them, amendment A was a very sensible and well-drafted initiative that was approved by a majority of the voters of South Dakota and was now repealed due to a simply faulty court ruling.