On Thursday, the North Carolina Senate granted preliminary support to a plan to allow medicinal marijuana.

Just one day after passing a crucial Senate committee led by the bill’s author, Sen. Bill Rabon (R), the proposal was approved on second reading by a vote of 35 to 10. Last year, the NC Compassionate Care Act was passed via three independent committees.

Rabon said on the floor before the vote, “This law will benefit a lot of individuals near the end of their lives, when they need compassion the most.”

The senator, who is a cancer survivor, said that medical marijuana may assist patients “during the latter days or weeks of their lives, when they should be as comfortable and pain-free as possible.” I believe it is our responsibility as legislators to enact legislation that aids those in need.

Next week, a vote on the third reading will be necessary to officially move the bill to the House of Representatives for consideration. 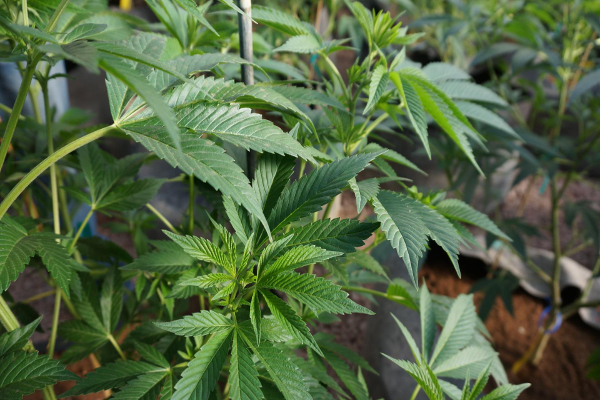 Thursday, before voting on the measure itself, the Senate approved an amendment by Rabon. Among other modifications, it allows each of the ten certified medical marijuana providers to operate up to eight dispensaries, rather than four, as was the case in previous iterations of the law. In addition, it revises taxes and reporting requirements for medicinal cannabis enterprises and makes technical adjustments to the legislation.

82 percent of North Carolina voters, including 75 percent of Republicans, 87 percent of unaffiliated voters, and 86 percent of Democrats, support the legalization of medicinal cannabis, according to a new survey from the Carolina Partnership for Reform.

A second study revealed that 60% of people support the legalization of adult usage.

Since the topic was posed to voters earlier this year, the findings of the latest study indicate that support for medical cannabis legalization has risen, with three-quarters of respondents indicating that patients should have access to marijuana for medicinal purposes.

Berger, the leader of the North Carolina Senate, has admitted that attitudes against marijuana in the state are evolving, despite the skepticism of proponents over the likelihood of a comprehensive reform being accomplished this year.

As part of a series of policy recommendations on racial fairness announced in 2020, a task panel created by Democratic North Carolina Governor Roy Cooper supported decriminalization. In addition, the organization argued that earlier cannabis convictions should be annulled and that the state should explore broadly legalizing cannabis.

Possession of more than half an ounce and up to 1.5 ounces of cannabis is punishable by up to 45 days in jail and a $200 fine under existing law. There were 3,422 similar charges and 1,909 convictions in 2019, with 70% of those convicted being non-white.

The margin of error for the survey conducted from April 6 to April 10 was 2.4% when respondents were questioned about legalizing for medicinal reasons and 2.7% when they were asked for their opinion of legalizing marijuana for recreation.