New York residents will now find cannabis-themed television commercials, subway advertisements, and billboards based on cannabis real soon. As the launch of a cannabis public education campaign announced by the governor Kathy Hochul on Monday, the cannabis conversations campaign is scheduled for the next three months. This campaign is dedicated to making citizens aware of the risks of driving impaired by cannabis and providing parents with tools that will help to eliminate the cannabis addiction of their children, along with spreading the message of the legalization of cannabis. 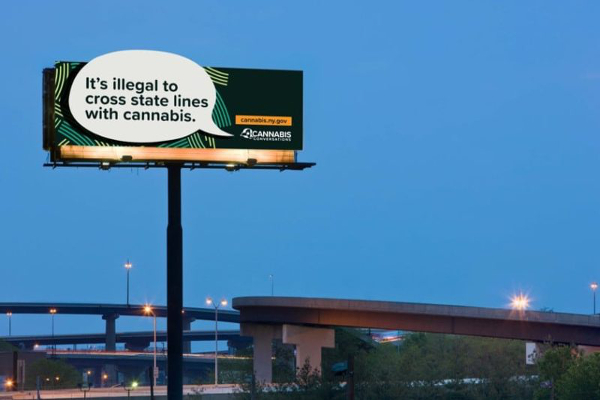 The Marijuana Regulation and Taxation ACT(MRTA) was dedicated to legalizing cannabis in New York only for public health and adhering to the principles of safety, social justice, and economic development. The MRTA also includes provisions mandating different public education campaigns to make the citizens aware of the impacts of this law.

The educational campaigns will consist of messages in English and Spanish distributed across multiple channels. The 30-second spot highlighting New York’s legalization of cannabis for adults above 21 and its impacts on driving under its influence is on its way.

The new program is all about an original cannabis conversations campaign featuring a series of virtual community outreach events. These events are hosted by Wright in January and February. According to Kassandra Frederique, the executive director of the cannabis reform advocacy program, these campaigns are essential to spread statewide literacy on the new cannabis policies.

As the public health and health equity are preparing to fully implement legalized cannabis, more such campaigns will be released towards educating the citizens on the pros and cons of cannabis. The Cannabis Conversations campaign is all about clearing the myths and offering more facts about the safe usage of cannabis, and mitigating any health risks wherever required.