According to a new study, feeding cattle industrial hemp readily reduces their stress levels and makes them lie down more. This can be exceptionally beneficial for the ranchers as the relaxed steers tend to be way healthier. According to the researchers at Kansas State University, hemp is a natural way to decrease the stress-related respiratory infections and other such ailments in cattle, especially when they are being transported or weaned off their mothers. 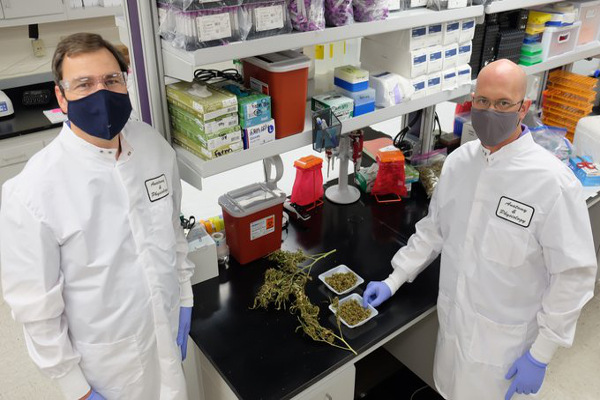 Mike Kleinhenz, an assistant professor of beef production medicine at the K-State College of Veterinary Medicine, published a research report based on this study. The study involved 16 Holstein steers. Half of them consumed traditional feed, while the other half consumed a mix of the feed with industrial hemp. The cannabis variety contains the chemical compound CBD at low levels making the psychoactive component THC effective in their system.

Kleinhenz and his team also tracked the movements and the blood for cortisol and prostaglandins, the biomarkers of stress in cattle. Compared to the control group with the traditional feed, the slot with cannabis-induced spent more time lying down with lesser stress hormones. Also, hemp was absorbed into their system and not just accumulated in their system.

After the 2018 Farm Bill that legalized hemp production in the US, more and more communities invested in it to feed the animals. In 2020, the K state’s team also received a $200,000 research grant from the US Department of Agriculture to finalize the safety of industrial hemp as cattle feed.

More follow-up studies will be made on how cattle absorb the CBD compounds and their potential effects on other food products to understand the entire whereabouts of this study.