New Jersey’s governor has announced that recreational marijuana sales will begin “within weeks,” with certain existing medical cannabis businesses poised to receive adult-use commerce licenses. He also stated that he is “open-minded” about enabling consumers to produce their own marijuana in the future. 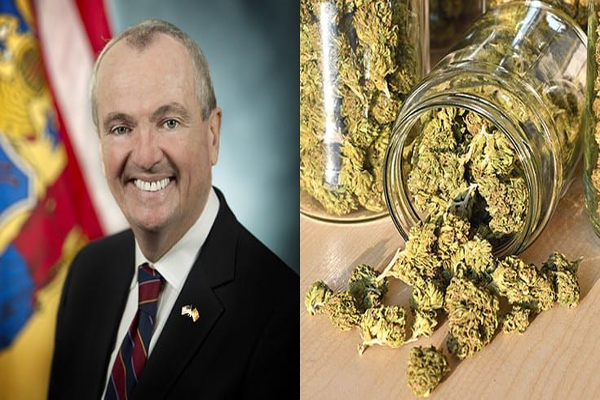 Gov. Phil Murphy (D) has been under pressure to bring the market online since voters approved legalization in 2020 and lawmakers passed implementation legislation last year, which he signed into law. He stated in a Thursday interview with WGBO that the market would open shortly.

“If I had to forecast—and I’ve said this before, but this time I mean it literally—I believe we’re within weeks,” Murphy remarked. “I’m hoping that by March, you’ll see explicit movement on medical dispensaries, with some of them permitted to offer recreational.”

To obtain that authorization, a dispensary must obtain “local permits” and “show that they have sufficient supply for their medicinal consumers first and foremost,” the governor stated. “And then, I hope, the standalone retail adult-use cannabis operations” will begin operating.

Murphy stressed that equity is “very essential to us” in the sector. And guaranteeing parity has made this “more difficult to get off the ground, but I believe it will be worthwhile if we do this right.”

Certain advocates, stakeholders, and the government have expressed frustration with the administration’s lengthy pace for issuing licenses. Others have expressed fear that communities most affected by cannabis illegality will be left behind.

Dianna Houenou, chair of the New Jersey Cannabis Regulatory Commission (CRC), has stated that if the state were to open standalone adult-use retail locations immediately, the sector would be “dominated” by massive, multi-state firms.

“We need to ensure that we are prepared to open the market to the public, because if we do not, there is a significant risk that patients will lose access, there will be huge lines and wait times, and this might result in an urgent supply crisis,” she warned.

In the interim period mentioned by Murphy, it appears likely that the market will lack diversity, as officials have been unable to determine whether there is more than one black-owned dispensary among the 44 licensed in the state.

Additionally, during the WGBO interview, Murphy was questioned whether he would be ready to enable adult consumers to cultivate their own cannabis—a regulation left out of the implementation law he signed last year, much to the chagrin of activists.

“I’ve never said ‘hell no’ to it,” the governor explained. “That is something I have not discussed with the legislative leadership, but it is something I would consider.”

He also promoted the fact that the courts had purged more than 362,000 marijuana cases since July 1, when a decriminalization law went into effect, requiring remedy for anyone caught up in prohibition enforcement.