President Andrés Manuel López Obrador will prohibit the sale of all vaping and heated tobacco products in Mexico via executive order. Tuesday, at a news conference, the president signed the executive order.

Since at least October, Mexico has already blocked the importation of the gadgets. And prior to that, consumer protection and other regulations were used to prevent purchases.

Despite the ruling issued on Tuesday, many Mexicans continue to import or purchase vape cartridges or fluids domestically through the black market or online. 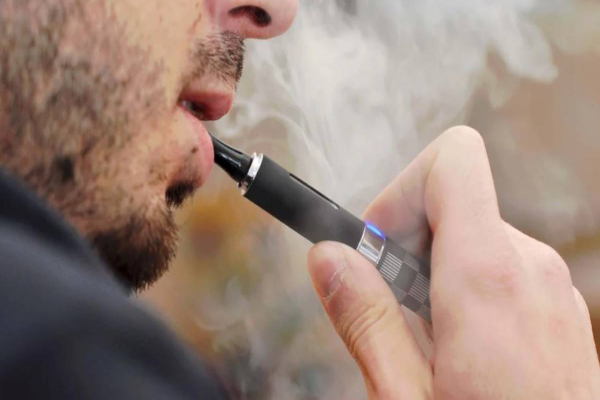 According to official data, at least 5 million Mexicans have tried vaping at least once.

The presidential proclamation was issued to coincide with World No Tobacco Day, the annual celebration of tobacco control initiatives sponsored by the World Health Organization (WHO). A WHO delegation was there to present the president of Mexico with an award in “honor of his leadership and consistent support for strengthening tobacco control efforts in Mexico.”

According to the Mexican news site Paudal, the presidential order bans the commercialization and circulation within the Mexican States of electronic nicotine administration systems, e-cigarettes, vaping devices with similar uses, and solutions and mixtures used in these systems.”

“The fumes are also hazardous to health,” Lopez Obrador told reporters on World No Tobacco Day as he announced the signature of a presidential order instituting the ban.

He displayed a pink vaping gadget to demonstrate the items’ attractiveness to young people.

In October, Mexico barred the import and export of vaping devices and cartridges, but enterprises have continued to sell their stock, according to Hugo Lopez-Gatell, Mexico’s deputy health minister.

He stated that the new restriction applies to “the distribution and marketing of these new items.”

Electronic cigarettes transform a liquid cartridge containing nicotine and other compounds into an aerosol. Similar to ordinary cigarettes, the user inhales the resultant vapor.

Proponents of vaping assert that it is safer than smoking.

The World Health Organization considers electronic cigarettes hazardous to health and has asked for strict regulations to prevent young people from using them.

The WHO said in July that more than 30 nations had prohibited the sale of electronic cigarettes.

In April, e-cigarette manufacturer Juul agreed to pay $22.5 million to settle a lawsuit in the United States alleging that the business intentionally targeted adolescents and misled them about the addictive nature of its products.

There is less data on the long-term consequences of vaping. However, several studies have shown acute risks.

In early 2020, the Centers for Disease Control and Prevention stated that US states had recorded 2,807 incidents of vaping-related lung ailments resulting in death or hospitalization.

According to the CDC, these instances, known as EVALI cases, were connected to vitamin E acetate, which is included in certain vaping products.

Some states and localities in the United States have implemented prohibitions on restaurant vaping. Others have prohibited the selling of vape liquids with flavors.