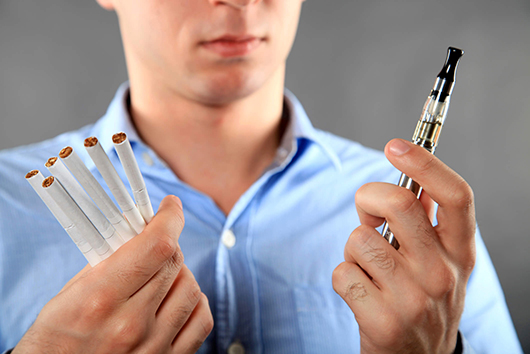 Nowadays, youngsters use e-cigarettes as a latest trend, putting their health into risk. Apart from youngsters, many people are addicted to this trend and leading the world towards a hazardous health condition. According to some people who are smoking electronic cigarettes, it is an alternative way of smoking and helps to quit smoking. But, still, there are no studies found that it is true.

According to the medical reports of some hospitalized users of e-cigarettes, the main content of e-cigarettes is marijuana and nicotine. These are the THC containing vapes that affect the lung and sometimes become the cause of death. But, still, it is unclear that what the real purpose of the health issues is.

There are mainly two types of users of e-cigarettes. The first type is the people who were smoking the traditional cigarettes and now they are using the e-cigarette to quit that, and the second type is the teenagers who are using this as a trend or maintaining their style. So before going to any conclusion, we should understand if it helps in quitting the cigarette, then how. If teenagers use it, is it safe to use?

What is an e-cigarette?

An E-cigarette is an electronic device that is operated by a battery. The shape of the e-cigarettes was like traditional cigarettes, but later, the form is changed to Vape mods, Juuls, flash drives, Vape pens, and highlighter pen. The e-cigarettes coming in these shapes allow teenagers to use it openly as nobody will doubt it. If anybody doubts also, they can hide it easily.

The promoters of e-cigarette claim that e-cigarette can help with quitting smoking. But, it is not proven and requires more research. So, people who want to quit cigarettes should follow the proven methods of quitting the smoke. In other means, we can say that if you use an e-cigarette to quit smoking, you are just changing a brand which will make you addicted to smoking.

Some people think that Vaping is better than smoking, which is not entirely true. Though the e-cigarette doesn’t contain the particles included in traditional smoking, we can’t say that it is safe to use. There are some reasons which prove that it is not entirely secure.

Reasons why e-cigarette is not safe

E-cigarettes are one of the most significant causes of death of many people worldwide. If people once get addicted to it, it is tough to stop using it.

How are e-cigarettes different from conventional cigarettes?

The regular cigarettes contain tobacco in it, while e-cigarettes don’t. But, nicotine not the only chemical that causes cancer. There are some other chemicals included in the regular cigarettes, which can cause cancer and it is found that similar chemicals are used in e-cigarettes. Smoking cigarettes for years can cause lung cancer, breast cancer, heart disease and some other dangerous diseases. The fact is that these diseases initiate after smoking cigarettes for a decade. But, Vaping can cause some hazardous conditions within a year of using it. Vaping can cause severe lung damage within a year of the usages.

The regular cigarettes include some chemicals that cause long-lasting inflammation and severe diseases to the user. As e-cigarettes also contain the same chemicals, you can’t be safe by using these harmful products. Some studies also found that Vaping can damage DNA and DNA damage is a general cause of cancer.

Just because the e-cigarettes are smokeless, you can’t think that these are safe for the people compared to regular cigarettes. A study on Vaping found that it increases the volatile organic compounds which are dangerous during inbreathe. Although it produces no smoke, it also impacts on the air quality.

Can e-cigarette help to quit smoking?

Some studies on e-cigarettes have proven that it can help people to quit smoking. A small percentage of people can get benefited from e-cigarettes in quitting smoking. If you think it is helping you to stay away from smoking, you can continue Vaping. You should use it to quit smoking, then slowly reduce its usages and then stop using it as it is not suitable for health and using e-cigarettes is similar to smoking.

Many people are dying each year due to smoking-related diseases. The dangerous smoking-related diseases are lung cancer, stroke, chronic obstructive pulmonary disease and heart disease which are killing the people. If you stopped smoking cigarettes and now thinking of starting smoking again, you should not start it now. You can follow some approved methods to quit cigarettes and stop smoking completely. If you are thinking to restart smoking as e-cigarettes are dangerous than regular cigarettes, then you are making a wrong decision. Whatever the situation is, you should never restart smoking.

The use of e-cigarettes by young people should be stopped due to many reasons.

The use of e-cigarette among young people is increasing day by day, which is a red alert for the future because the future generation will lose their health and die at an early age. So, to save the coming generation the use of e-cigarettes should be stopped now. The manufacturers of these dangerous products should be aware of this biggest issue and discontinue manufacturing the different flavors which are attracting the teenagers. They should stop the manufacturing and advertising of such products for the betterment of humanity.

The adverse effects of the e-cigarettes can harm the health of young children because its poisonous effects can be made through the skin and eyes. So the use of such products should be avoided as soon as possible. 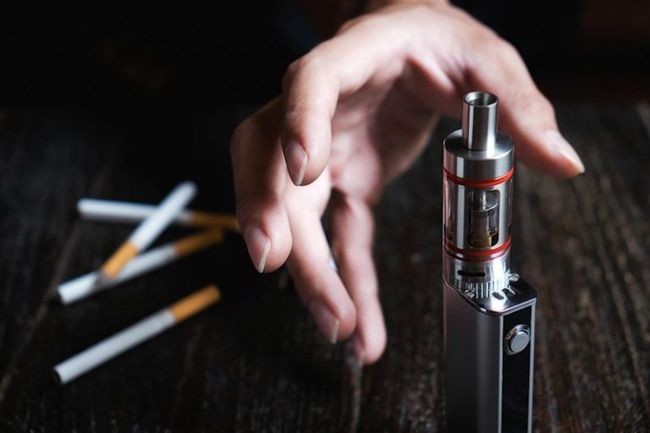 Is Vaping better than smoking?

Many people do Vaping to quit smoking, and others do Vaping without doing smoking for a single time. If you do Vaping to stop the traditional cigarettes, then practically, you are not quitting them. You are just changing a brand and leading towards a more significant health disaster.

According to doctors, traditional smoking is sometimes considered as a medication as a nicotine therapy. That time it can be useful for your health by using it for a few weeks as recommended by the doctor. It doesn’t mean that smoking is right for your health. But, the e-cigarettes are never recommended by doctors and should be avoided altogether.

No medical studies or researches recommend that Vaping is a process of quitting traditional smoking. So if you are using it for that reason, you should altogether avoid it and follow the proven medications to quit smoking.

The people who never smoked, but doing Vaping as a trend, they are indirectly doing smoking according to some medical studies. The e-cigarettes provide nicotine in the same way or more efficiently; the traditional cigarettes do which is equivalent to smoking.

Therefore the e-cigarettes should not be promoted considering the health of many people. As FDA does not approve of it, you should not use it.

So, we can say that Vaping is better than smoking in some cases where the person can’t live without nicotine. If the user wants to quit smoking, then he/she should go with other quitting methods than e-cigarettes. The people of every age, who do Vaping as a trend and have never done smoking, should avoid Vaping as it may lead them towards smoking. If they get addicted to smoking, it will be more challenging to quit.

More action, research, and awareness are required regarding e-cigarettes:

Some studies say e-cigarettes are harmful while some other reviews report that it can be used as an alternative to traditional cigarettes. The manufacturers vouch that e-cigarettes can help to quit smoking. So the people need more clarity about the usages e-cigarettes. If it is bad for health, it sold like other tobacco products.

If the above things are made, the usage of e-cigarettes can be controlled up to some extent.

E-cigarettes are a widely used product among people to maintain a luxurious lifestyle. Sadly, the youngsters and children are also going behind this. Among some people, it is believed that e-cigarettes can help quit smoking, but studies on e-cigarettes decline that. The e-cigarettes contain the same chemicals which are included in traditional cigarettes excluding the tobacco so people think that it is safe to use. Using e-cigarettes for a long time can cause various dangerous diseases, including lung cancer and heart diseases. It can also damage the DNA.

The manufacturing and adverting of e-cigarettes should be controlled, and the awareness regarding the harmful effects of this product should be spread among people to control the usages of e-cigarettes. It affects the brain development of the children and can spread the poison via eyes and skin. It affects the health of the user as well as the person next to him/her. The pregnant women should not Vape as it can harm the fetuses.

Therefore, the e-cigarette usages need to be controlled for a better future. There is a need for more research on e-cigarettes to know more about the product.