Home Use Cases Is CBD a Therapeutic Alternative for PTSD?

There are countless people who suffer from PTSD, post-traumatic stress disorder, who have started to turn to CBD products for therapeutic relief. PTSD is both complicated and complex. According to the Sidran Traumatic Stress Institute, PTSD is a condition that at any given time is impacting as many as five percent of American citizens.

Thanks to some recent advancements in neuroimaging, we are now able to better understand the physical changes that happen within the brain during trauma. The knowledge is being used to highlight a few methods a CBD product could relieve PTSD symptoms compared to treatment options that are more traditionally considered. This could be huge with helping those who suffer from PTSD regain the functioning they were once used to. 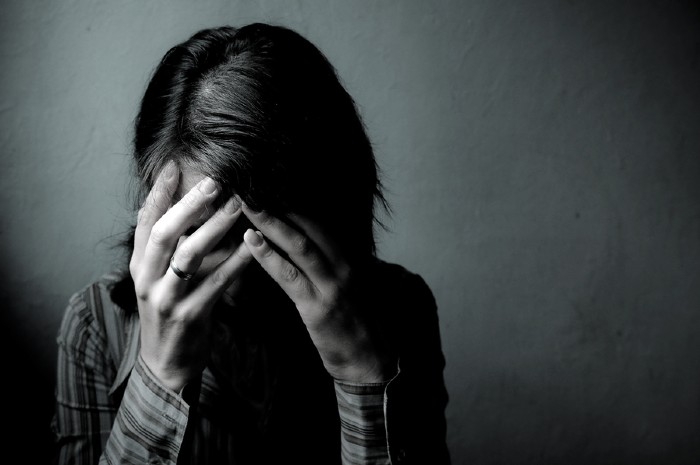 How Effective is CBD for PTSD?

For those who have been part of a terrifying and horrific event, PTSD can be a vicious condition. Those suffering are forced to relive and experience these events again and again, oftentimes without any kind of a warning. The hyper-vigilance or extreme alertness is a symptom that comes with PTSD and creates high levels of anxiety, agitation, difficulty sleeping, as well as making it extremely difficult to concentrate on performing a task that seems like normal activity to other people. Each of these symptoms is something that can be helped by using a CBD oil product.

There is no discrimination with PTSD. People who have lived in a combat zone or served in the military are commonly associated with the condition. That being said, the condition is also common with anyone who has been forced to go through trauma that has been life-altering such as an accident, the loss of a loved one, or living with physical or mental abuse.

In addition to PTSD’s psychological symptoms, many people will also experience physical symptoms. These will include but aren’t limited to, a racing pulse, heart palpitations, nausea, and severe chest pains resembling a heart attack. These physical symptoms can also be alleviated with the use of a CBD oil product.

With CBD oil being able to relieve many of these psychological difficulties, it has begun to emerge as a source of making a return to living a “normal” life for those who are suffering from PTSD.

The responses to stress PTSD sufferers experience are what creates the hyper-vigilance and anxiety that the condition is associated with. More often than not, antidepressants will be prescribed to play a part in offsetting the hyper-vigilant and anxious symptoms because they raise the levels of specific neurotransmitters in the brain such as serotonin. With a lower serotonin level, the person will normally experience a higher level of anxiety. 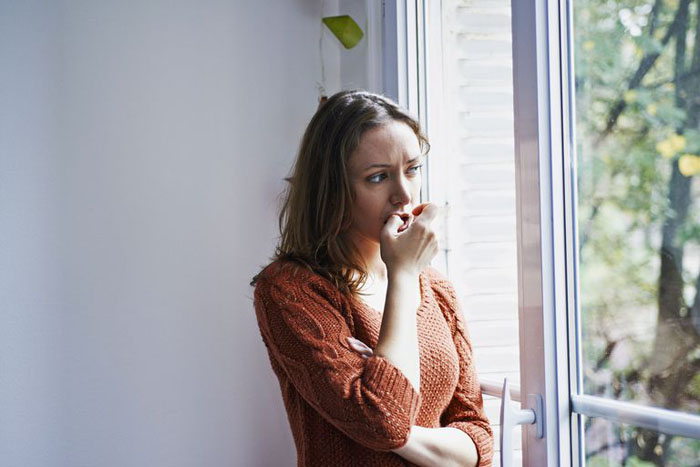 Similar to how an antidepressant will work, CBD oil has demonstrated being able to lower the amount of stress that is felt. With a study that was completed back in 2009, researchers set out to learn how CBD oil would affect a serotonin receptor-related to how it responded to a stressful situation. It was discovered that CBD oil would help reduce anxiety and stress in the subjects of the test who had been exposed to a stressful situation.

With another study that was completed in 2012, CBD oil was proven to lower a stress response that was conditioned. The subjects used in the study had been exposed to foot shocks in a contextual situation. This would mimic a traumatic experience the responses that would be experienced by someone with PTSD. When the test subjects had been reintroduced to the situation lacking the foot shocks, stress was exhibited on both a physical and behavioral level. This was very similar to what can be looked at as a “flashback” for those suffering from PTSD.

After this, a portion of the test subjects received CBD oil and promising results were delivered. The subjects that had been given CBD oil were able to exhibit a significantly lower amount of both behavioral and physical stress when they were exposed to the contextual circumstance in comparison to the subjects that did not receive CBD oil. If there are situational or environmental triggers with your own PTSD, the completed study points to CBD as potential relief for this type of response to stressful situations.

Although it is currently more popular to use antidepressants, these medications also produce side effects within consumers such as drowsiness, nausea, as well as insomnia. These side effects aren’t associated with using CBD oil. If antidepressants are something you have used to manage PTSD and you were not satisfied with the results you received, using a CBD product may be the answer you are looking for. 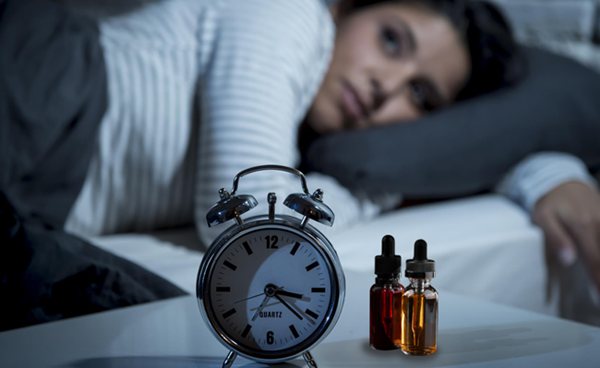 If you are suffering from PTSD, insomnia is only one of the several difficulties you will have. Following a traumatizing situation or circumstance, your level of anxiety and stress will constantly be heightened. This makes both relaxing and falling asleep very difficult. Thankfully, people are finding it easier to both fall asleep and stay asleep with the use of CBD oil. This happens due to lowered pain and anxiety, along with lowering the frequency of REM disorders. If you are someone suffering from PTSD, these REM disorders are something you are all too familiar with.

A REM disorder is normally characterized by acting out your dreams physically while you are asleep. This can be dangerous for both the individual acting out their dream as well as anyone else who may be in the bed or the room with them. Disorders such as this make it very difficult to get a good night’s sleep throughout the night. It’s common to wake up even more exhausted both mentally and physically than you were when you laid down to go to sleep.

There was a study completed back in 2012 examining CBD’s effect on insomnia that was brought on by anxiety as well as REM abnormalities demonstrating compelling results. The completed study concluded, “Conclusively, CBD may block anxiety-induced REM sleep alteration via its anxiolytic effect.”

If your ability to fall asleep is affected by PTSD associated anxiety, using CBD oil can not only help you fall asleep but stay asleep throughout the night.

An area of the brain known as the hippocampus is affected by PTSD. This area of the brain is responsible for memory processing. There have been several studies completed demonstrating those suffering from PTSD have smaller than normal hippocampi. This is more than likely due to the damage that is created by stress levels being elevated for a longer period of time than usual.

With CBD oil, the CB1 and CB2 cannabinoid receptors are impacted. These specific receptors are located throughout both the central nervous system and the brain. By its impact on CB1 receptors, CBD oil can promote neurogenesis, new brain cells being grown, helping the hippocampus both heal as well as replenish itself. Through this process healthy and new memory connections will form, helping someone suffering from Ptsd better be able to process and cope with their memories.

In addition to this, over 100 completed studies have been reviewed on CBD and PTSD. The conclusion has been made that therapeutic benefits are received through CBD oil for several disorders that are related to an inappropriate response to memories viewed as traumatic. If you are someone who suffers from PTSD, using a CBD oil product might enable you to manage painful memories better through its physical effects felt on the brain as well as how your emotions are affected.

It is believed that PTSD symptoms severity comes from the amygdala. This is a central part of our brain responsible for our emotions. This specific area of the brain is hyperactive in those suffering from PTSD.

King’s College in London completed a study finding CBD can lower the blood oxygen level in the amygdala in test subjects exposed to pictures containing images of people who were anxious. This wasn’t experienced with test subjects who had been given THC. By lowering the amygdala’s hyperactivity, a CBD oil product can lower how severe PTSD symptoms induced by anxiety can be.

The most popular treatments for PTSD are centered around antidepressant drugs and talk therapy. Sadly to say, in most cases, these methods either come with negative side effects or simply not enough to achieve relief. As a result, there have been more and more people willing to turn to CBD as a supplement or alternative to more traditional means of treatment.

When dealing with trauma, it has been found that great results can come through talk therapy. More specifically, Eye Movement Desensitization and Reprocessing as well as Cognitive Processing Therapy have been able to help several individuals overcome the symptoms associated with PTSD. Keeping these results in mind, coupled with CBD oil, the efforts in treating PTSD are bolstered with these specific types and styles of therapy.

All of that being said, there are still many people feeling they aren’t ready or capable of discussing the experiences they have had. With these individuals, a doctor will usually prescribe SSRI, selective serotonin reuptake inhibitor, antidepressants such as Prozac or Paxil. Many of these medications are accompanied by side effects that can exacerbate or complicate the experiences the person is already suffering from. Thes qualifies them as less of a candidate for PTSD treatment.

Because CBD oil can increase the processing of healthy memory, reduce stress responses, as well as lessen the severity of symptoms, it could be beneficial to use if you are someone currently suffering from PTSD. That being said, you need to have a conversation with your doctor or physician before getting started. While the WHO has no problem saying CBD oil is safe to use, there is always the chance of it negatively reacting with other medications, especially antidepressants.

You need to make sure the doctor is familiar with every other medication or treatment you are currently using. It might also be a good idea to specifically meet with a cannabis doctor, someone who is specifically knowledgeable about using CBD oil for treating the symptoms that come with PTSD.

After having a discussion with your doctor and the decision has been made that using CBD oil could be beneficial to you, you will then need to decide exactly how you want to go about using CBD oil. There are plenty of options to choose from including CBD oil vapes, drops, capsules, and edibles.

Taping drops or using a CBD oil will give you the quickest means of experiencing the benefits of using CBD oil. This makes them the perfect option if you are someone who is always on the go and has difficulty managing the symptoms that come with PTSD. Both capsules and edibles will take more time to feel the effects, but once felt, the effects are going to last for a much longer time. This makes them the perfect choice for taking before going to bed to help get a better night’s sleep. Be open to experimenting with each of these methods of use to discover which source is going to work the best for your situation.