Four years ago, Canada launched a review of the nation’s legalization of cannabis for recreational use to examine its effects on children, indigenous minorities, and others, as well as its economic and black market implications.

In October 2018, Canada became the first developed nation to legalize recreational marijuana use. Since then, it has also enacted a law that allows persons with a criminal record for marijuana possession to be pardoned immediately and for free.

The Canadian minister of health was expected to review the Act, its administration, and its operation three years after its implementation. Hence the assessment is occurring a year later than anticipated.

Health Minister Jean-Yves Duclos stated that it took longer than anticipated to initiate the study because the administration wanted to “ensure that everything was done correctly” and organize a more comprehensive investigation than is required by law. 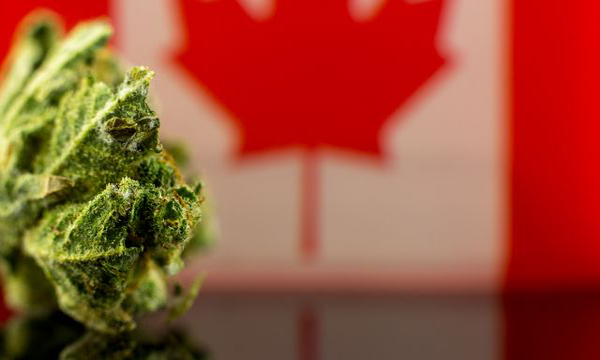 Prioritizing a study of the law’s safety, Duclos stated that the assessment would also examine complaints from the Canadian cannabis business over high taxation, sale restrictions, and advertising restrictions.

The Canadian Chamber of Commerce applauded the assessment, stating that its expansive scope would promote the expansion of the legal cannabis industry.

The Canadian Chamber of Commerce National Cannabis Working Group said in a statement, “However, to effectively displace the illicit market and protect the public health and safety of all Canadians, law enforcement, businesses, industry, and all levels of government will need to continue working together.”

According to a government release, the evaluation will examine the law’s effect on the youth and its progress toward allowing adults to be available to regulated, lower-risk, and legal cannabis products.

It will also assess the extent to which criminal behavior has been deterred, and the illicit cannabis market has been displaced.

Through this review, “we will strengthen the (Cannabis) Act so that it satisfies the requirements of all Canadians and continues to displace the criminal market,” said Duclos in a statement.

The Cannabis Act is under revision as the sector encounters obstacles.

The review will be conducted by an expert team led by Morris Rosenberg. Between 1998 to 2013, he served as the deputy minister of Justice, Health, and Foreign Affairs.

Rosenberg resigned from his job as president and chief executive officer of the Pierre Elliott Trudeau Foundation in 2018.

“The scope is really broad, and all perspectives are welcome,” said Duclos. Mr. Rosenberg will have a challenging assignment.

The last four panelists have been chosen but have not yet been disclosed.

Duclos and Addictions Minister Carolyn Bennett have requested that the expert panel investigate the effects of legalization on women, Indigenous and colored persons who may face greater challenges to entering the legal economy through the perspective of sex and gender.

Bennett stated that the research indicates that youth cannabis consumption has been steady since legalization. She praised the government’s awareness initiatives and stated that children now have a greater understanding of the potential risks associated with cannabis use.

A recent study by SickKids Hospital in Toronto and The Ottawa Hospital found that hospitalizations for cannabis toxicity among children under the age of 10 in Canada have increased by more than sixfold since legalization.

According to a research published in the New England Journal of Medicine in August, the increase in hospitalizations was doubled in provinces where sweets such as chocolates and gummies are legally sold.

Within 18 months of the review’s initiation, Duclos and Bennett must provide a report to the House of Commons and Senate.

Duclos stated that he would have hoped to begin the study in the spring of 2022; but, he required additional time to expand the scope and locate the most qualified independent experts to undertake the work.