When Jacek Olczak, CEO of Philip Morris International (PMI), told The Mail on Sunday that the U.K. government should regard cigarettes like gas-powered cars and restrict them in 10 years time, many people wondered why the world’s biggest tobacco company would say something so extreme.

British American Tobacco (BAT) CEO Kingsley Wheaton said on the BBC’s Today show that the company sees cannabis and its derivatives as part of its long-term strategy.” I think [CBD vaping] is part of the future, but the present challenge is reduced harm in tobacco and nicotine alternatives, encouraging people to switch,” he said.

Both remarks from the world’s largest cigarette businesses indicate a continuous transformation in their business models. In addition, they reflect a response to consumer trends.

British American Tobacco has purchased a small investment in a Berlin-based cannabis startup, the company stated. 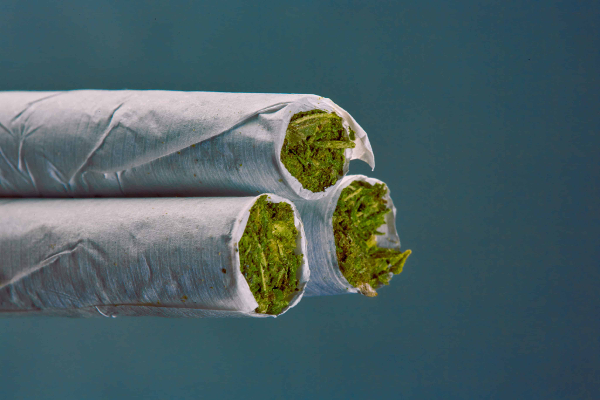 BAT’s CGO, Kingsley Wheaton, described the transaction as an example of the company’s “ongoing work to explore numerous areas beyond nicotine, positioning BAT for future portfolio growth across a range of categories and geographies.”

“As part of our A Better Tomorrow mission, we continue to evolve our business by gaining a deeper understanding of our present and future consumers,” Wheaton stated in a press release.

The acquisition may also be viewed as a reflection of a developing trend: cannabis is the future, but tobacco — notably cigarettes — is becoming an increasingly obsolete relic.

A survey conducted by Gallup last month revealed that only 11% of Americans reported smoking cigarettes, a record low. In contrast, 16% of respondents identified as current cannabis smokers.

As marijuana becomes legalized in other U.S. and international markets, these consumer behaviors could continue to evolve.

Government officials in Germany are preparing to legalize cannabis for recreational use, a move that will make the country the largest legal marijuana market in the world.

British American Cigarette, one of the world’s largest tobacco firms, very definitely found Monday’s arrangement to be alluring due to the impending shift in policy.

According to Bloomberg, Sanity “raised $37.6 million in the BAT-led Series B investment round,” stating that nearly “half of the amount will go toward strengthening Sanity’s medical business, while the company will spend the rest on preparing for the potential legalization of recreational marijuana in Germany.”

According to the company, its primary focus “is on pharmaceuticals (medical cannabis; finished pharmaceuticals) and medical products on the one hand, and cannabinoid-based consumer goods on the other.”

Finn Age Hansel, founder and CEO of Sanity Group, lauded British American Tobacco’s investment as “an important milestone for us and a strong signal towards the future of cannabis in Germany and Europe.”

“I am grateful for the belief shown by both new and existing investors. Our goal is to leverage the full potential of the cannabis plant and to explore and harness the different cannabinoids – with the new capital, we will be able to accelerate our medical and consumer business units whilst preparing accordingly for cannabis legalization in Germany,” Tech Funding News quoted Hansel as saying.

Max Narr of Sanity Group says “financing round is not only the largest funding round achieved by a European cannabis company to date, but also one of the few upsizing rounds in this current economic phase of the German startup scene.”

Hansel told Bloomberg that Sanity has drawn “strong interest, not only from tobacco, but also from other industries like fast-moving consumer companies.”

He added that the German government is “working actively on [the new marijuana law] and really want to come to a good draft of the law by the end of this year.”

He stated, “This is really a priority topic for the government.”