Home News California Bill Prohibits The Sale Of Tobacco Vapes And One Time Use...

According to KTLA sister station KTXL, California lawmakers passed a bill Tuesday that would prohibit one time use of nicotine products to try and control environmental issues, which could result in fewer vape pods and cigarette butts on the streets. 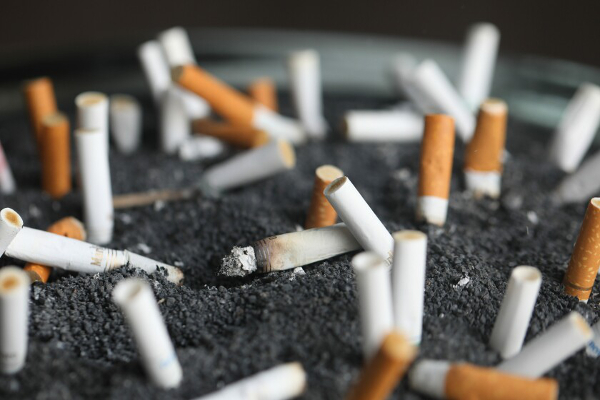 “Let me be clear. This legislation does not prohibit the sale of tobacco or marijuana in California. That is not the intent of this bill,” says Assembly Member Luz Rivas, D-San Fernando Valley.

Local authorities have been empowered to enforce the law, and lawbreakers may face a civil penalty of up to $500.

Single-use products, which are not biodegradable and are common along the coast, do not provide health benefits to smokers and pose environmental concerns, according to lawmakers. They also stated that cleaning up and releasing toxic microplastics into the environment costs Los Angeles and the state millions of dollars each year.

The bill is modelled after a similar effort in New York, which California lawmakers hope will help their case.

California sees the sale of approximately 12 billion cigarettes each year, with 90 percent of them being filtered, according to San Diego State epidemiology and biostatistics professor Thomas Novotny, who spoke at a news conference on Tuesday.

Officials stated that if passed, the bill does not yet have an effective date, and that the legislation is something they want to work out with stakeholders as the bill evolves.

Assemblyman Mark Stone (D-Scotts Valley) believes this time will be different, citing a “growing awareness” of the issues as well as a “stronger coalition” of supporters as AB 1690 moves to the Assembly Health Committee.

Representatives from Altria Group, one of the world’s largest tobacco manufacturers and marketers, said the legislation is being reviewed.

Stone believes that this time will be different, citing a “growing awareness” of the issues as well as a “stronger coalition” of supporters as AB 1690 is heard by the Assembly Health Committee.

The bill makes no mention of when the ban would go into effect.

A similar bill is being considered in the New York State Legislature.