Over the previous few months, CBD oil has been in the news for its role in Parkinson’s Disease treatment. While this might not exactly be breaking news, many people are growing more and more curious if this relates whatsoever with CBD products being useful when it comes to relieving muscle spasms? While there are plenty of examples of CBD oil being beneficial with severe muscle spasm cases, how would it do with spasms that aren’t as serious?

Regardless if they are brought on by several hours being spent in the office at a desk, strenuous exercise, or a medical condition, anyone can be affected by muscle spasms. These spasms can range from anything such as mild twitching to chronic and acute pain. A mild spasm can be addressed as easily as being rubbed or stretched. More serious spasms have the potential of being debilitating.

If you suffer from either extreme or anywhere in between, we have some great news for you! Using a CBD product may be just the relief you need, providing both a more gentle as well as a more effective means of relief than traditional treatments for muscle spasms. 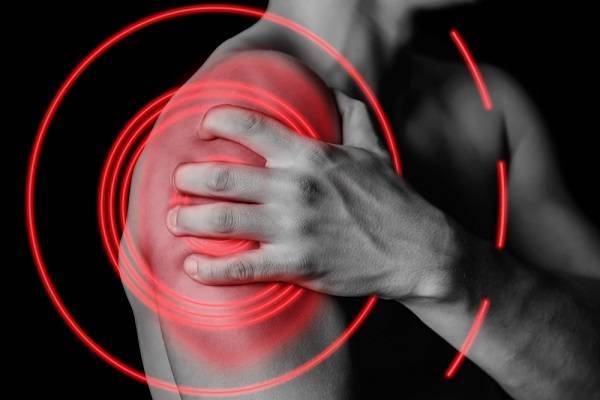 If you are one of the many people who are currently suffering from acute or chronic muscle spasm, you are more than likely all too familiar with searching your medicine drawer or cabinet for Flexeril, Valium, or another drug that has either been either bought over the counter or prescribed by the doctor. While these medications and others may be able to relieve what you are going through temporarily, they do absolutely nothing to stop the spasms from happening. Even more, some of these medications are very addictive and come with the risk of being misused or lead you to abuse them.

Spasticity can be relieved with the use of CBD oil. By using a CBD product, you are not at risk of using a medical property that can be habit-forming. Also, you won’t be left battling the unwanted, negative side effects that come with more popular medications. To better understand exactly how muscle spasms can be treated with CBD oil, you need to understand the endocannabinoid system. This system is found in the central nervous system and the brain and produces an effect on several other areas of the body through the cannabinoid receptors.

An endocannabinoid is a compound the body naturally produces that regulates the ECS. This is done through acting on both CB1 and CB2 cannabinoid receptors. Within plants such as hemp and cannabis, phytocannabinoids mirror our body’s endocannabinoid’s chemical structure. Because CBD, the main ingredient in CBD oil, is one of the many phytocannabinoids we find within the hemp plant, it can act on the ECS naturally and in a method, our body is familiar with. By acting on our body’s ECS, CBD can lower the pain of a muscle spasm, as well as the number of them we have.

If you are someone who is thinking about using a CBD product to stop muscle spasms instead of more popular pharmaceuticals, you want to have confidence that it is a smart decision. Here is some information you will want to consider regarding what we have been able to learn scientifically when it comes to treating muscle spasms with CBD oil.

CBD oil lowers the frequency of muscle spasms by making changes to the communication between the central nervous system and the body’s muscles by how it works throughout the ECS. This is exactly why CBD oil is so popular and effective when it comes to treatment for people suffering from multiple sclerosis.

Back in 2004, a study was completed focusing on a crossover controlled by placebo. The effect of cannabis on MS was examined in Switzerland. Two groups of patients with MS  were tested by researchers. The research demonstrated the patients given cannabis had mere significant, beneficial results. The conclusion was made that “A standardized cannabis Sativa plant extract might lower spasm frequency and increase mobility with tolerable side effects in MS patients with persistent spasticity not responding to other drugs.”

California University completed similar research in 2010. Patients were examined who’d been given cannabis for both MS and spasticity. Overall, there were 30 individuals who completed the trial, resulting in the reduction of an average of 2.74 points according to the Modified Ashworth Scale, used for measuring the spasticity of patients with MS when compared to those treated with placebo.

CB2 receptors are found throughout the ECS. This is the cannabinoid receptor that is responsible for the pain the body feels. CB2 reduces the experience of chronic or sudden pain brought on by cramps in the muscles. These receptors are impacted by CBD oil.

A study completed in 2005 examined the effects of cannabinoids produced in patients with MS suffering from pain related to spasms that produced more than promising results. Following testing that lasted for four weeks, the patients who had been given cannabis-related medicines with both CBD and THC reported a significant decrease in the pain they experienced. The study went as far as to conclude medicines that were cannabis-based was more effective in decreasing both disturbances in sleep, as well as pain, in patients who were suffering from central neuropathic pain related to MS.

There are two different anti-inflammatory properties found in the cannabis plant which have demonstrated effectiveness as muscle relaxants. Both Beta-myrcene and Delta-limonene have anxiety-reducing properties, provide motor-relaxant effects, and promote sleep. Myrcene and limonene are two of several compounds that occur naturally, known as terpenes, within the hemp plant. They are what give many plants and fruits a unique aroma and taste. CBD oil can also assist with relaxing muscles by lowering anxiety and promoting relaxation through raising the level of mood-enhancing transmitters such as anandamide and serotonin within the brain. CBD oil also has the ability to reduce the level of cortisol which turns down tension and protects the body from nasty effects created by this stress hormone on our mental and physical capacities.

Regardless if you are suffering from chronic muscle spasms or it just happens occasionally, you want to find relief that is both fast and effective, available at a moment’s notice as it’s needed. By using a CBD vape, the CBD oil directly enters the bloodstream through the lungs. This provides effects you will feel within a matter of moments. Because of how quickly a CBD vape will act, they are the perfect fix for muscle spasms as they happen. That being said, with a CBD vape, you will only experience the effects from 30-60 minutes before needing more. For effects that last longer, CBD capsules or drops may be a better fit.

A CBD topical such as a salve, gel, or lotion is also perfect when it comes to spasticity and sore muscles. While you will not feel the effects as quickly because the CBD oil has to absorb through the skin, when accompanied with massaging the target area, you will normally feel the effects for between four and six hours.