The governor of the U.S. Virgin Islands (USVI) is repeating his demand to legalize marijuana in the territory as a long-overdue cash source. He is pressuring the legislature to implement the measure.

Gov. Albert Bryan Jr. (D) included anticipated legal cannabis money in his budget proposal for the Fiscal Year 2022-2023, which he gave to legislators on Tuesday. He said he would convene a special legislative session to accomplish this task.

The USVI Cannabis Advisory Board and the Office of Cannabis Regulations introduced medical cannabis draft rules and regulations on February 28, 2022, according to stcroixsource.com. The Office of Cannabis Regulation was founded in 2019 to permit and provide for the beneficial use of medical cannabis in a controlled system or to relieve symptoms caused by incapacitating medical diseases and related medical treatments. 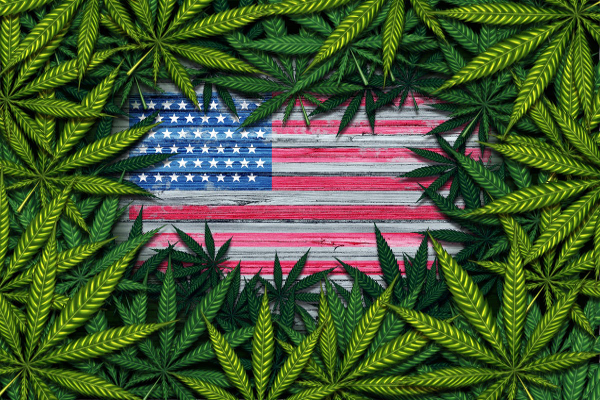 The new rules should be released after the Senate has examined them. According to the proposal, there will be two applications for patients (including doctors and caregivers) and companies, including producers or growers, manufacturers, merchants or dispensaries, researchers, third-party suppliers, and laboratories.

During a news conference, the governor singled out Sen. Janelle Sarauw (I) as the major politician responsible for stalling marijuana legislation too far.

The governor, who has regularly advocated for legalization in recent years and submitted his own reform plan in 2019, said on Tuesday, “It’s just outrageous how long Senator Sarauw has been holding our measure in the legislature.” “Call her and ask, ‘Why are you holding up this cannabis legislation for adults?'” We need to get it done. So we included it in the budget.”

“We are going to convene a special session of the legislature. “We’ll give them plenty of time to consider it,” he added. This year, however, we have a $40 million financial deficit that we must address with various financing options. We want to get this started.”

Bryan refuted claims that the State does not need a recreational market since the area already has a medicinal cannabis program, which he implemented in 2019. However, the delayed execution of this initiative has been heavily criticized.

“Don’t pay attention to what they say about medical cannabis income,” he said. “Medical marijuana costs us money. It doesn’t make us a penny. We do not tax it since it is a pharmaceutical. Therefore, we must go through with this [legalization] law.”

According to the executive budget book, the territory will receive a “minimal” income of $10 million from the expected legalization of cannabis for adult use.

USVI would not be the first territory of the United States to legalize cannabis. In 2018, the governor of the Commonwealth of the Northern Mariana Islands (CNMI) approved legislation to repeal the prohibition.

The next year, Guam’s governor passed it into law.

In the last month, state legislatures around the United States have convened for new sessions. Many governors are pushing legislators to put marijuana legalization on their 2020 agendas.

At least ten governors have included language eliminating marijuana prohibition in their yearly budget proposals or used their State of the State addresses to urge lawmakers to pass cannabis reform legislation.

Others seem to primarily respond to the support that has already developed among legislators. Nevertheless, state officials are taking marijuana more seriously than ever before.