On February 15, Paris Saint-Germain overcame Real Madrid at Parc des Princes in the opening leg of the Champions League. PSG earned a deserved 1-0 victory over Real Madrid thanks to Mbappe’s spectacular stoppage-time winner. 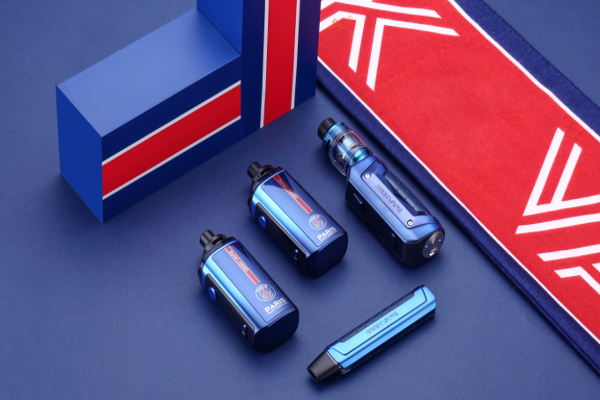 On the same day, GEEKVAPE, a global leader in high-end vaping, conducted the ‘SHAPE THE FUTURE’ launch of its new product in Paris, officially introducing three new Editions of – Paris Saint-Germain: the Geekvape S100, the Obelisk 65FC and the Geekvape 1FC. GEEKVAPE made the vaping industry’s first foray onto an international football field, attracting the attention of fans worldwide.

Since its announcement, the relationship between Paris Saint-Germain and GEEKVAPE has received widespread attention. These long-awaited vaporizers have finally arrived on the market.

GEEKVAPE has lifted the bar in the design of mod and pod products. Each of the three vaporizers features a French blue finish. The leather is stylish and trendy, and the embossed Le Fleur de Lys, the royal emblem of France, is even. The PSG emblem is in the center, surrounded by two red and white ribbon motifs. These three vaporizers also demonstrate their performance while displaying their innovative designs and features.

However, the collaboration’s rights and interests extend beyond this. GEEKVAPE has a one-of-a-kind GEEKFAMS VIP lounge at Parc des Princes, and they are inviting their respected clients for a VIP viewing. The company, GEEKVAPE, plans on distributing PSG products, autographed by the players, and GEEKFAMS will have the opportunity to become the company’s ambassadors and be invited to the stadium to meet the players in person.

As is widely known, COVID-19 has severely impacted the sector. Despite various roadblocks, the GEEKVAPE team accomplished remarkable outcomes.

GEEKVAPE maintained its position as the best brand in BOX MOD in 2021, and GEEKVAPE’s product system went beyond that. GEEKVAPE entered the disposable and pod market this year, establishing a full category structure consisting of three categories and five series. Additionally, they acquired media and partner awareness. GEEKVAPE has garnered multiple international accolades and has consistently ranked top on the famous VapingPost’s best-of list.

GEEKVAPE’s global sales network now spans over 60 countries and regions and has had five consecutive years of fast growth. An increasing number of smokers are now using GEEKVAPE products and embracing its technology. This time around, launching co-branded products with PSG is a significant move. Additionally, this represents an important step in reviving the vaping industry.

GEEKVAPE has been at the forefront of the vaping market for a long period of time, continually pushing to improve goods for its customers and pursuing the ultimate product and technological concept. Along with diversifying the brand culture, this audacious and inventive initiative expanded the brand’s global reach.

“Through our collaboration with Paris Saint-Germain, we are able to incorporate life and sports themes, resulting in a more diverse brand culture that encourages people’s love for life and pursuit of a better and higher quality of life,” said Potti, marketing director of GEEKVAPE.

GEEKVAPE embodies the peak of clever manufacturing and the fascination of competitive sports and the brand philosophy of unwavering pursuit of greatness. GEEKVAPE is on the verge of global success in the near future.