Home Vaping Do You Have A Vaping Addiction? Top 6 Confirmation Signs

Vaping or using similar e-cigarette products worsens depression. Vaping can exacerbate depression symptoms, increasing the likelihood that someone will continue to vape. Learn more about the connection between vaping and depression in the sections below.

What exactly is vaping? What Factors Contribute to Vaping Addiction? 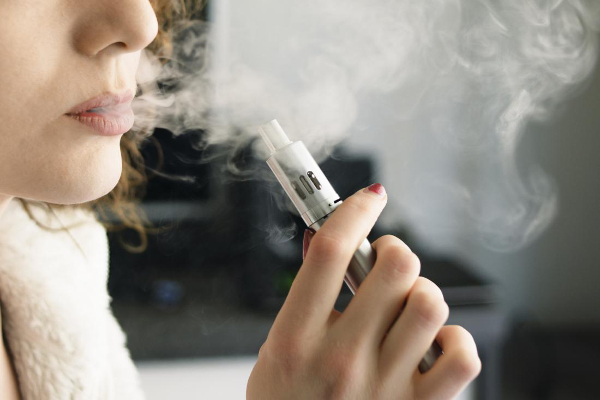 Nicotine consumption, whether through traditional cigarettes or vaping, causes the release of the chemical dopamine in the human brain.

Dopamine, like many other drugs, “teaches” the brain to replicate the same behavior (such as smoking) repetitively. This is also referred to as conditioning.

Every time a person puffs a cigarette or inhales vapour from a nicotine-containing e-cigarette, the brain receives a dopamine “hit.” That is how the brain learns to use nicotine permanently. Furthermore, repeated use raises the risk of addiction.

Propylene glycol, a common e-juice ingredient, can cause dry mouth. Dry mouth can cause bad breath, sores, and tooth decay if left untreated.

One of the symptoms experienced by the participants of the research was dizziness. Because e-juice contains high levels of nicotine, someone who stops vaping is likely to experience dizziness.

For some people, vaping is a gateway drug to smoking. People who try to quit both habits are likely to experience heavy coughing. Cigarette smoking causes coughing because it damages the cilia in the lungs. However, once these habits are broken, the cilia will regrow.

Vaporizers can be harmful to one’s dermatological health. According to one study, vapers can develop contact dermatitis, thermal injuries, and oral muscular lesions.

The effects of vaping on ocular health were investigated in a small study published in the journal Optometry and Vision Science. When 21 vapers were compared to non-vapers, researchers discovered moderate to severe cases of dry eye and poor-quality tear film.

While it is uncommon, nicotine can cause itching, hives, rashes, and swelling. If a vaper experiences these symptoms, he or she should seek immediate medical attention.

As previously stated, propylene glycol is present in e-juice. This chemical has been linked to dehydration of the skin inside the nostrils. The skin in the nose is delicate, and nosebleeds may occur as a result of excessive vaping.

What are the Health Consequences of Vaping?

We don’t know how vaping affects the body over time because it hasn’t been around long enough. However, health experts are reporting serious lung damage in vaporizer users, including some deaths.

Nicotine is introduced into the body through vaping. Nicotine is highly addictive and has been shown to: slow brain development in adolescents, affect memory, concentration, learning, self-control, attention, and mood, and increase the risk of other types of addiction later in life.

Smoking cigarettes and other forms of tobacco use can irritate the lungs, resulting in serious lung damage and even death.

Some people use e-cigarettes to vape marijuana, THC oil, and other potentially harmful substances. These drugs, in addition to irritating the lungs, have an effect on how a person thinks, acts, and feels.

The withdrawal symptoms are most severe in the first few days after stopping. They will improve over the next few days and weeks.

Vaping is a risky activity that can have long-term health consequences. Knowing the warning signs allows you to intervene early and assist the vaper in quitting the habit before it becomes a more serious problem. The withdrawal symptoms are most severe in the first few days after stopping. They will improve over the next few days and weeks.