If you are someone who suffers from Chronic Fatigue Syndrome, you are already aware of how impossible many of the most common everyday tasks of life can be. Regardless of how imperative it is something gets accomplished, you simply don’t have the energy to get things done. One of the most frustrating issues with CFS, also known as myalgic encephalomyelitis, is how difficult it can be for a doctor to diagnose.

The issue is, there aren’t any underlying medical causes for CFS and many of its most common symptoms. This includes overbearing exhaustion that isn’t helped with a simple increase in the amount of rest or sleep someone gets.

This by no means is the only effect that comes with CFS. Also, people experience muscle and joint pain, difficulty focusing and remembering details, and inflamed lymph nodes. Some of these effects can be as simple as a sore throat and headaches. 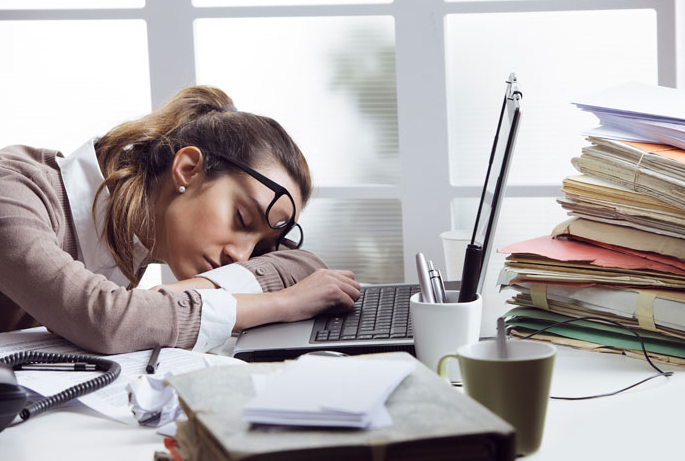 As frustrating as it can be experiencing these effects without a doctor being able to diagnose what is going on can be, it might be even more frustrating learning there isn’t a method of standard treatment for chronic fatigue syndrome. While many believe immune system issues, infections, and hormonal imbalances come along with the condition, because the causes of CFS are still unknown, there are significant issues when it comes to treatment.

For the time being, people who suffer from CFS are left hoping for the ability to simply manage the condition. Treatment for the condition isn’t available. What is known as pacing is one of the methods to go about managing these symptoms. With pacing, an individual can avoid flaring up more serious symptoms through managing exertion.

For this to happen, a person must know and understand exactly what they are able to carry out without leading to completely exhausting oneself. There are other methods such as focusing on co-occurring conditions and other symptoms such as problems sleeping or depression.

As we have mentioned, there are many uncertainties when it comes to both the causes and treating chronic fatigue syndrome. There are many symptoms, all believed to be rooted in the dysregulation of several of the body’s systems.

That being said, the use of CBD oil continues to grow in popularity among individuals looking for relief from CFS. Because of this, many more people are beginning to have an interest in treating CFS through the use of CBD. This brings up several questions.

For starters, is the use of CBD an effective, as well as safe, treatment for such a debilitating and complex disease? As with the majority of the effectiveness of CBD for many other issues, there simply hasn’t been enough study and research completed to supply the amount of data needed for medical results. Due to the lack of studies that have been completed, it’s simply too soon to know scientifically the effectiveness of CBD being a reliable treatment for chronic fatigue syndrome.

In addition to the lack of research, many people are also deterred by the fact CBD oil, which comes from hemp, more often than not, is thrown into the mix along medical marijuana. Because of this, there are several people who decide they want to distance themselves as far as they can from any CBD product. Also, many people are uncertain if using CBD is even legal where they live. With the correct answers, and hesitation in using CBD for treatment will soon be gone.

What exactly is CBD oil?

Cannabidiol, CBD, is one of the many compounds found in a cannabis plant. Yes, this is the same plant that marijuana comes from. That being said, CBD, regardless of the form it is used in, does not have any psychoactive properties. This means people who use CBD are unable to experience the high people receive from using marijuana.

THC is the compound found in marijuana that produces the buzz or high people are looking for. If someone who grows marijuana wants to produce as much psychoactive effect as possible, they will use different techniques and breeds resulting in the level of THC being higher. But, the marijuana that is grown with the intent of producing help will usually have a higher level of CBD than THC. These are the plants that are used for creating CBD products.

There are several different methods of using CBD. It can be taken in capsule form, used under the tongue, applied to the skin, through drops or sprays, and smoked, usually through a vape pen, as well as many other ways. This is simply a list of the most common. There are many medical reasons for using CBD products that have been extracted from cannabis. There are several theories and claims alike of almost miraculous results produced from the use of CBD.

That being said, is there any truth to these theories and claims? If so, what are the chances of using CBD oil could help with your own CFS? If you are looking for answers simply based on scientific results, there’s a good chance you won’t be happy with what you find. This in no way means CBD can’t help with your chronic fatigue syndrome.

It simply means not enough research has been completed to give a definite yes. As of now, you will have to accept answers such as “many people say it works for them,” or “it could possibly help,” and simply, “we don’t know right now.” Also, it depends a lot on exactly what kind of relief you are searching for.

Other than relief from CFS, there are many other medical purposes people are experimenting with CBD products. Some of them include, but are not limited to:

Since June of 2018, there has only been one treatment the FDA has approved CBD oil for. It has been approved as an oral solution for the treatment of epileptic seizures with young children (1). As far as being approved for other treatments, the research on the effectiveness of CBD oil in the United States is still in the early stages. There are a lot more study and research needing to be completed.

A lot of this is because CBD has been illegal to use in the US until 2018. This is because CBD is a cannabinoid of Marijuana. Finally, after decades of waiting, there is now a ton of research being done concerning the medical benefits of these products. One can only imagine the number of applications for CBD use submitted to the Federal Drug Administration as more research and study is completed.

If you are someone who has studied CFS for a substantial amount of time, you will not be surprised to find out, to this point, there hasn’t been any research or study completed in regards to CBD oil for the treatment of chronic fatigue syndrome. That being said, this statement doesn’t mean that we haven’t been able to learn anything regarding the matter.

There are numerous conditions CBD is currently being studied and researched for. Many of these conditions have similar effects as CFS. No, you can not scientifically say these results will apply to similar circumstances and conditions. But, there’s plenty of room that has been created for intelligent speculation.

Also, you have to believe with the amount of progress that has been made concerning the study and research of CBD, it’s only a matter of time before the investigation of CBD for CFS gets started. Here are just a few of the reasons we say this.

For starters, there simply are not any decent treatments whatsoever regarding CFS. As a matter of fact, there are not any treatments the FDA has approved as of now. While there are countless interventions and medications that people are using to assist with lessening these symptoms, at best, you could look at these as putting a band-aid on a wound that requires stitches. Still, the band-aid only sticks to a fraction of the people’s skin needing attention. On top of this, many of these medications are accompanied with horrible side effects, in a sense, defeating the purpose of seeking treatment.

Secondly, currently, in the United States, there is a pain epidemic. No, there isn’t always pain associated with chronic fatigue syndrome. However, there are thousands of cases where pain is a serious effect. With things how they currently are, to say the treatment that is available is inadequate would be putting it lightly. Because of this, there’s a ton of money that can be made if something is found that can relieve the pain associated with CFS.

Our third reason, there is currently a huge issue with opioid addiction with a significant overdose rate in the United States. According to many studies that have been completed, when marijuana is legalized in a state, either recreationally or medically, there is a significant drop in opioids being prescribed. If you are a doctor trying to find a source of treating pain that is safer than the use of opioids, an issue law enforcement agencies all across the US are struggling to fight, the use of CBD products could be exactly what you are searching for.

Fourth, not only is CBD oil regarded as safe in its pure form, there are thousands of people who believe it is highly effective against both inflammation and pain. When you consider the idea that chronic fatigue syndrome is associated with neuroinflammation and the fact that more and more evidence points to CFS being an inflammatory disease, it becomes more and more obvious there could be a benefit that needs attention. Someone needs to study and research the possibilities.

Last but definitely not least. No, anecdotal evidence isn’t nearly enough to prove anything. Still, there have literally been thousands of people suffering from chronic fatigue syndrome more than willing to discuss the benefits they have received from the use of CBD products. When doctors all across the country are being told daily that patients suffering from conditions that are highly difficult to treat that something specific is working, eventually, the medical interest is going to build.

As we have already stated, there have been countless studies suggesting that CBD products can be used to fight the effects of inflammation. This is huge news in regards to an untreated disease being linked by research to chronic inflammation, as well as the possibility of neuroinflammation being an underlying cause.

Using Cannabis to Enhance Yoga: Should You Believe the Hype?

The Therapeutic and Dietary Benefits of Eating Raw Cannabis