Home Use Cases Cannabis for Incontinence

If you are someone who has had to struggle with incontinence, then you know exactly what we mean when we bring up the stutter steps or scissor walks. An overactive bladder has well over 30 million Americans regularly doing these dances. Detrusor Overactivity and Overactive bladder fit into this category. If you struggle with multiple sclerosis or another neurodegenerative disease, you have a higher probability of being plagued with an overactive bladder. This is also an issue you may become more familiar with than you would like as you grow older, approaching and including the golden year.

As of right now, there are just two popular forms of medication being used to treat someone with an overactive bladder, both Mirabegron and antimuscarinics. Both of these medicines come with a dosage that has to be controlled carefully due to how powerful they are. Still, even when they are being used properly, these medications produce side effects such as but not limited to constipation, dry mouth, itchy and dry eyes, indigestion, blurred vision, urinary retention, urinary tract infection, high blood pressure, drowsiness, and headaches. If too much of the medication is taken, these side effects can easily become much more serious, creating a change in heart rhythm, seizure, coma, and hallucinations.

With the control of the bladder falling within the central nervous system, for the most part, we have every reason to believe cannabis may be a great source of treating these issues. There are cannabinoid receptors are expressed profusely in both the peripheral nervous system and the central nervous system. We already know endogenous compounds activate these receptors, along with other components provided by the cannabis plant. Because of research and study still being completed on both MS and cannabis, there has been a ton of useful information about incontinence, both with clinical trials and preclinical studies. 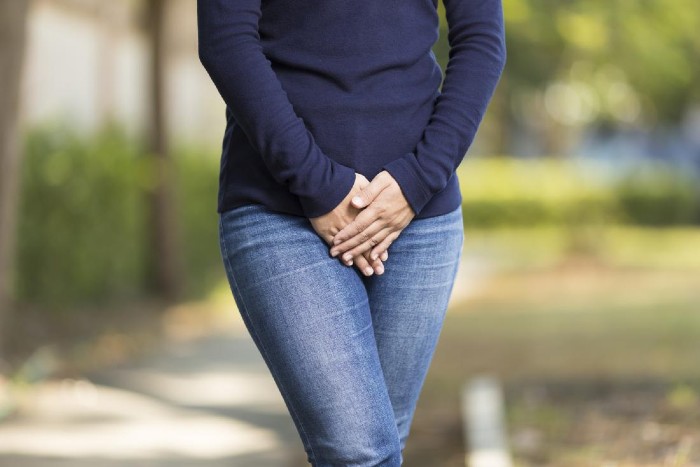 How Does Bladder Control Work?

When it comes to organs, the bladder is really pretty simple, at least structurally. The smooth detrusor muscle is the most significant component. This is what is used for urine to be facilitated. It is found close to the bottom of the bladder, as well as contiguous with our urethral sphincter, which controls the outflow. The detrusor will remain relaxed while filling and the sphincter is closed.

The central nervous system’s role is straightforward with incontinence. The spinal cord’s and the brain’s neural circuits allow voluntary control and the healthy functioning of the bladder. The University of Pittsburgh School of Medicine has completed research demonstrating “The central nervous mechanisms that control the lower urinary tract are organized in the brain and spinal cord as simple on-off switching circuits which are under voluntary control.”

That being said, according to Journal Urology, If the central inhibitory pathways have been damaged, or peripheral afferent terminals are more sensitive than normal, a primitive voiding reflex can be unmasked, triggering overactivity in the bladder.

To make this easier to understand, once a person has been potty trained, we control our bladder with our intent and sensory inputs. But, when we experience the conditions of an overactive bladder, this communication between our bladder and the brain through the nervous system becomes somewhat haywire. However, a breakthrough could be made with the targeting of our endocannabinoid system by medical science.

Both CB1 and CB2 cannabinoid receptors can be found in the surrounding layers of the bladder, as well as the bladder itself. South Korean scientists compiled a report in 2017 showing the overactivity of the detrusor is affected by known activators of both cannabinoid receptors. There was significant promise exhibited by CB1 as a modulator with an overactive bladder within the urothelium. This is where sensory neurons meet the detrusor’s muscle cells.

There is still more study and research to be completed as far as the exact understanding of the overactive bladder’s cannabinoid remediation pathways. That being said, there is evidence showing a beneficial role is being played by cannabis therapeutics.

Because of the majority of medications that have been created to treat an overactive bladder act in a way that calms the nerves, with cannabis being an anti-anxiety botanical. A similar effect could be created. There was a detailed meta-analysis completed in 2017 of scientific literature. Thousands of articles were examined by a team of scientists from all over Europe looking for high-quality human trials. Of the three they were able to find, THC or a combination of CBD and THC were used for studying the efficacy of MS patients with an overactive bladder.

CBD and THC in Trials of Human Incontinence

There are two trials that are randomly controlled described in the meta-analysis and an open-label trial made up of 426 MS patients, both male and female. They were treated with CBD/THC that had been administered with either an oromucosal spray or a capsule. The scientists were able to find the cannabis treatments lowered the episodes of incontinence in each of the three studies.

With the tablet trials, there were no side effects reported. That being said, some of the patients who had been given the spray did report becoming dizzy, headaches, vomiting, a dry mouth, and urinary tract infection. The side effects that were reported were considered very mild when comparing them to more conventional treatment. Regardless of the drugs that were administered were synthetic, a natural plant extract or both were not information the meta-analysis provided.

The holistic health community gets very excited at the thought of a possible effective and safe cannabis-derived treatment without negative side effects for incontinence. There is still a lot needing to be seen as far as CBD isolate or hemp that is CBD-rich with either very little or no THC proves to be as beneficial as a CBD THC combination if effective for overactive bladder patients.