Home Use Cases Can CBD Help You Quit Smoking and Drugs?

Regardless of where you live, more and more people are now using CBD products for more reasons than you can count. CBD has been found to provide relief for serious issues such as epileptic seizures and providing pain from arthritis. It’s also being used for issues as simple as sleeping better and treating skin for a sunburn.

Not only are we finding more issues and illnesses that can be treated with CBD, but we’re also increasing the number of methods CBD can be used. What started as just an oily substance to place under the tongue can now be used in vaping products, eaten in delicious snacks, mixed with liquids to drink, and creams and lotion to be rubbed into the skin.

Despite the many reasons to use CBD oil and the methods of using it, CBD products are yet to be regulated on the federal level in the United States. Because of this, caution needs to be used when purchasing CBD products. For starters, what can you find about the name of who is making the product? A simple google search will provide you with several reviews left by other people using the product. Another thing to keep in mind is where are you buying the product? As CBD grows in popularity, products can be bought almost everywhere you turn. Cafes, restaurants, bars, gas stations and drug stores, I recently saw CBD products for sale at a movie rental retailer. If the product seems out of the place where you are making the purchase, there’s a good chance the retailer hasn’t done enough research on exactly what it is they are selling.

For instance, and this is just me personally if I was at a bar having a few drinks with a friend, I probably wouldn’t be interested in something that can be used for a healthier life. For something as significant as a CBD product, I would want to be buying the product at a place where the staff could better answer my questions. Also, these are the places more likely to use better caution with the products they are selling. I am more likely to find a brand that has been tested by a third party, providing a better quality of the product.

While there is plenty of content currently available concerning many uses for CBD products, the purpose of this article is to keep the focus on just two significant reasons for using CBD. For starters, could these products be used to help smokers quit smoking? Also, we’ll look at what is being said concerning the use of CBD to kick addictive drug habits. We will start by looking at the use of CBD to quit smoking.

America is filled with millions of smokers who are desperately trying to kick the habit, as well as millions of nonsmokers who suffer from smoking-related diseases. For those who don’t know, yes, giving up something you are physically addicted to is extremely difficult, no matter how severe the risks are that accompany the addiction. Millions of people addicted to nicotine would give anything to find a way out.

As more and more research is completed, results are continually showing that CBD oil may be a helpful resource for those who have failed with many other attempts and methods of giving up smoking cigarettes. If you are one of the many looking to give up nicotine addiction, the following will show you what you need to know about using CBD oil to quit smoking cigarettes. 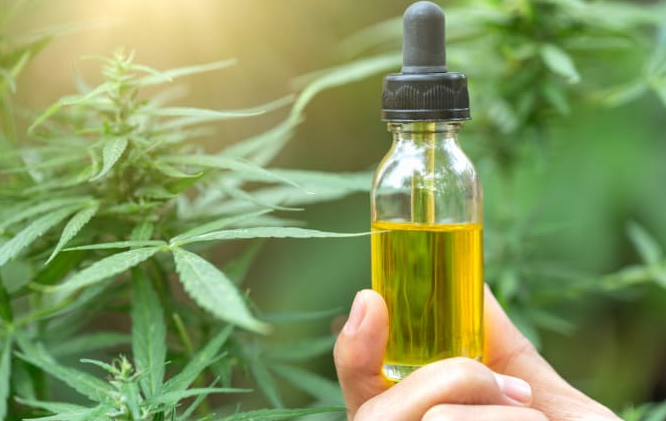 Without a doubt, an addiction to nicotine is hands down the most difficult part of giving up cigarettes. There are currently more people addicted to nicotine than any other drug, according to the Centers for Disease Control and Prevention. To make matters even worse, recent research has demonstrated that nicotine can be just as addictive as both heroin and cocaine.

According to a study that was completed back in 2013 (1), the efficacy of CBD being inhaled was tested on individuals who wanted to quit smoking cigarettes. The study focussed on 24 different people and lasted for seven days. CBD was given to half of the group, the other half receiving a placebo. When the person being tested began to crave a cigarette, they were to use the placebo or CBD inhalant they had been given. The results were very encouraging by the end of the week. For the 12 individuals who had received CBD, the number of cigarettes they had smoked was lower than 40 percent. For the 12 people who were given a placebo, there was no reduction in the number of cigarettes that had been used.

CBD products are quickly growing in popularity as being a potential treatment for a wide range of health diseases and conditions. With cigarettes, most smokers become “triggered” with situations and circumstances that produce stress. If you are a smoker who can relate to the previous statement, these emotions can be managed much healthier by using CBD oil instead of cigarettes with nicotine. This can further be demonstrated by the fact that CBD oil is currently being used to help people who suffer from severe anxiety.

Break the cycle of addiction by using CBD oil

There are several different ways a person is able to be effected through the cycle of addiction. Along with an environment’s triggers, both cellular and emotional memory is impacted by addiction.

Creating links is a natural desire of the human brain. If you are someone who has attempted to quit smoking, you will experience this during the first cup of coffee or morning beverage you normally enjoy with a cigarette. The activity is linked by the brain with the action of smoking a cigarette. Putting a break in the chain of reinforced behaviors and learned memories is both a long and difficult process. Thus, another hurdle is created when giving up smoking cigarettes. If this has been a hang-up for you in the past, you will be encouraged to know there’s evidence suggesting CBD products may help loosen the grips of these triggers.

While a ton of both self-control and effort are needed during the initial stages of quitting smoking, it can be just as difficult to stay away from cigarettes in the coming stages. There hasn’t yet been enough study and research to determine the direct effect of CBD oil on nicotine addiction, there’s currently research being completed with what appears to be positive results concerning the use of CBD to avoid picking up the nasty habit again once you have stopped. Through the use of a CBD product, you may be better able to resist the use of cigarettes as an answer for stressful or triggering situations.

Read: Pros and Cons of E-Cigarettes

Serotonin is responsible for our feelings such as happiness and well being. Serotonin is released once triggered by nicotine. Because of this, for smokers, they experience feelings of being content and calm while smoking a cigarette. That being said, while attempting to quit smoking, nicotine withdrawals will begin, and with the decrease of serotonin, we feel a lower amount of energy, anxiety, moodiness, and even depression. This creates a craving for a cigarette to feel better. The addictive and cyclical nature of the troughs and peaks of serotonin create one of the reasons smokers have such a difficult time going without nicotine.

The brain’s 5-HT1A receptor can be activated by CBD oil, boosting how available serotonin is, similar to SSRI antidepressants. Because of this, CBD products may be able to help reduce the irritability, stress, and anxiety that associates with attempting to quit smoking.

CBD is able to do much more than simply elevate your mood, reducing the craving to smoke a cigarette. Also, it lowers many of the more physical symptoms that come with quitting smoking. Due to some of the anti-inflammatory properties found in CBD oil, it may be able to help you through the reduction of headaches and other pains you may experience while giving up nicotine.

Last but definitely not least. It’s common for people who are attempting to quit smoking to have difficulty sleeping at night without the day’s last cigarette. For these individuals, using CBD oil may not only help them fall asleep at night but remaining asleep without being woken up. CBD products have been found to assist people in both falling asleep and staying asleep without experiencing some of the negative effects that come with using a sleep aid.

Drug addiction has become a problem that is more common in several areas, worldwide. The opioid epidemic currently happening in the United States is just one of many examples. It is currently estimated that over 125 people lose their lives every day to an opioid overdose. These are shocking numbers to anyone’s standards. Along with opioids like heroin and fentanyl, benzodiazepines and cocaine are also reasons for deadly overdoses.

Yes, the government is taking measures such as facilitating access to recovery and treatment centers and making significant changes to how pain is managed. Still, the use of CBD is a solution growing in popularity.

How CBD works for drug addiction

CBD is one of the hundreds of active compounds extracted from the cannabis plant. Different from THC, the CBD compound doesn’t have any psychoactive properties. This means, regardless of how much CBD you use or the method it’s being used, CBD will not get someone high. However, it does provide a vast range of benefits for our health, including antioxidant and anti-inflammatory effects.

The nervous system has these neurotransmitters. They control our appetite, sleep, behavior, and mood, as well as other characteristics. Some of the neurotransmitters are specifically involved with our addictive behavior, specifically our dopamine and glutamine. These are chemicals that associate with what is known as the “reward” centers of our brain. In these centers, the effects produced by drugs are enhanced, increasing the risk of relapse for people who used to use the drugs.

While THC has the ability to be addictive, the same can’t be said with CBD. CBD products have been shown to regulate both compulsive behavior and the response to stress. It is also believed that CBD produces an effect on opioid receptors. Because of this, CBD could be useful for those recovering from opioid addiction.

The best way you can go about getting a steady dosage of CBD is through products that have been specially formulated. You will have plenty of options with a market that is full of different CBD products. CBD oil can be taken in its pure form orally or it can be added to a drink or food. These products are also available as chewing gum, edibles, creams and lotions, even as e-liquid for vaping products.

Read: Is Vaping Better than Smoking?