The governor of Delaware recently stated due to the limited scope and his remaining concerns on the bill, he has no statements to make on the bill and has declined to say anything specific about whether he even intends to sign the bill or not.

According to Gov.John Carney(D), cannabis usage should no longer be any kind of criminal offense, and the bill passed in the legislature is just to decriminalize it. The bill has eliminated all the criminal penalties associated with any possession or sharing of up to one ounce of marijuana between adults aged 21 and older. 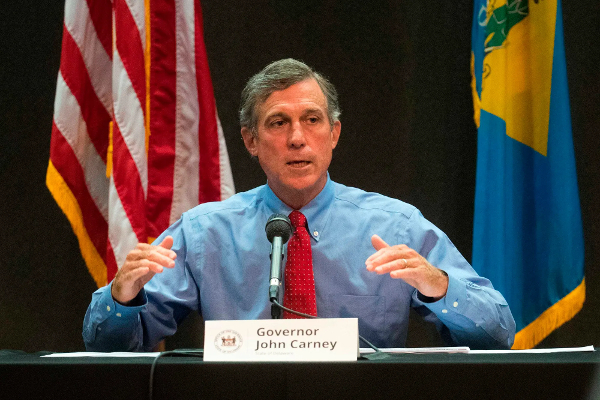 As per Rep. Ed Osienski(D), the sponsor of the legalization bills, HB 371 and HB 372, he calculated the decision to break these up as the earlier proposal had both components, which was rejected in the house.

HB 371 would amend all the state statutes by removing any penalties whatsoever associated with possessions of upto one ounce of marijuana by adults over 21 or older without remuneration.

On the other hand, HB 372  would be under the state Division of Alcohol and Tobacco Enforcement. It would be about regulating the industry and keeping a check on the license of the retailers, cultivators, laboratories, and manufacturers. The licenses would be offered on certain guidelines and processes as per different benchmarks and the taxes imposed on marijuana sales in the city.

Notably, the Delaware house speaker is slightly inclined towards supporting the bill by provisioning a regulatory infrastructure for marijuana commerce, resulting in voting against HB 371.

However, Craney did not previously sign the two pieces of marijuana expungement legislation, which went into many headlines. According to an analysis, Delaware raised about $43 million annually just by regulating marijuana and imposing a 20% tax on it, which can create more than 1,000 new jobs in the following five years.